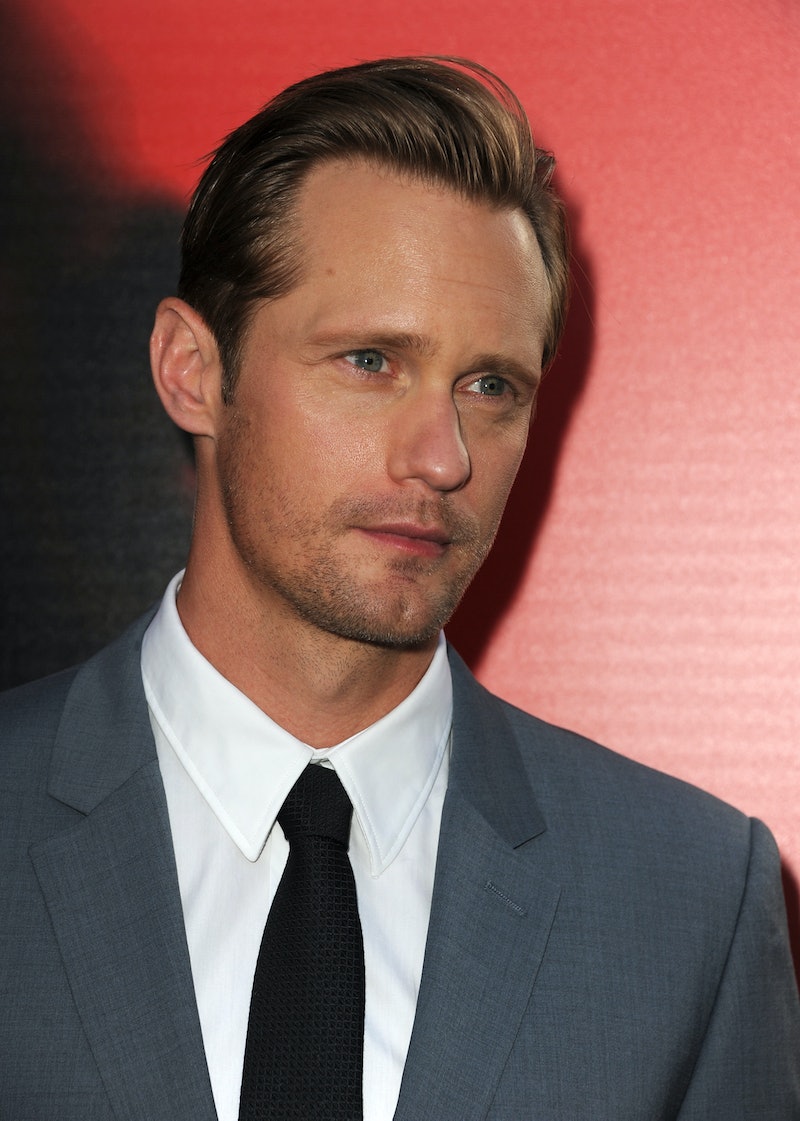 When Alexander Skarsgard let it all hang out last night in the True Blood season finale, I'll admit it: I thought it was funny. And when I saw a GIF or two or three of the naked vampire on fire with his junk out, it became even more ... hilarious. But was it supposed to be sexy? Lounging in the snow casually reading before he jumps up in flames with his dick out, the whole scene is just about as far from sexy as I could imagine. But maybe I'm just a crotchety prude.

The internet has been wilding out today, though. "Skarsgard did full frontal!" every culture blog is heralding, because usually when we see a penis on screen, it's to incite comic relief. Remember when Jason Segel is sobbing with his wang out in Forgetting Sarah Marshall? Every instance of nudity in The Hangover(s)? The entire existence of Jackass? Male nudity in TV and film is so often a comic shock, whereas female nudity is almost always meant to be sexualized. What is it about seeing a penis that makes us giggle uncomfortably?

Maybe it's because we just don't see them enough. Not that I'm advocating for dicks to be splashed across the silver screen, but we've been almost desensitized to female nudity in film and television that it's par for the course to see a naked woman. Not so for men. In fact, the MPAA changed its ratings after parents were horrified with the penis visibility in Bruno. Now, according to the MPAA, there are TWO types of nudity — male and female. Oh, brother.