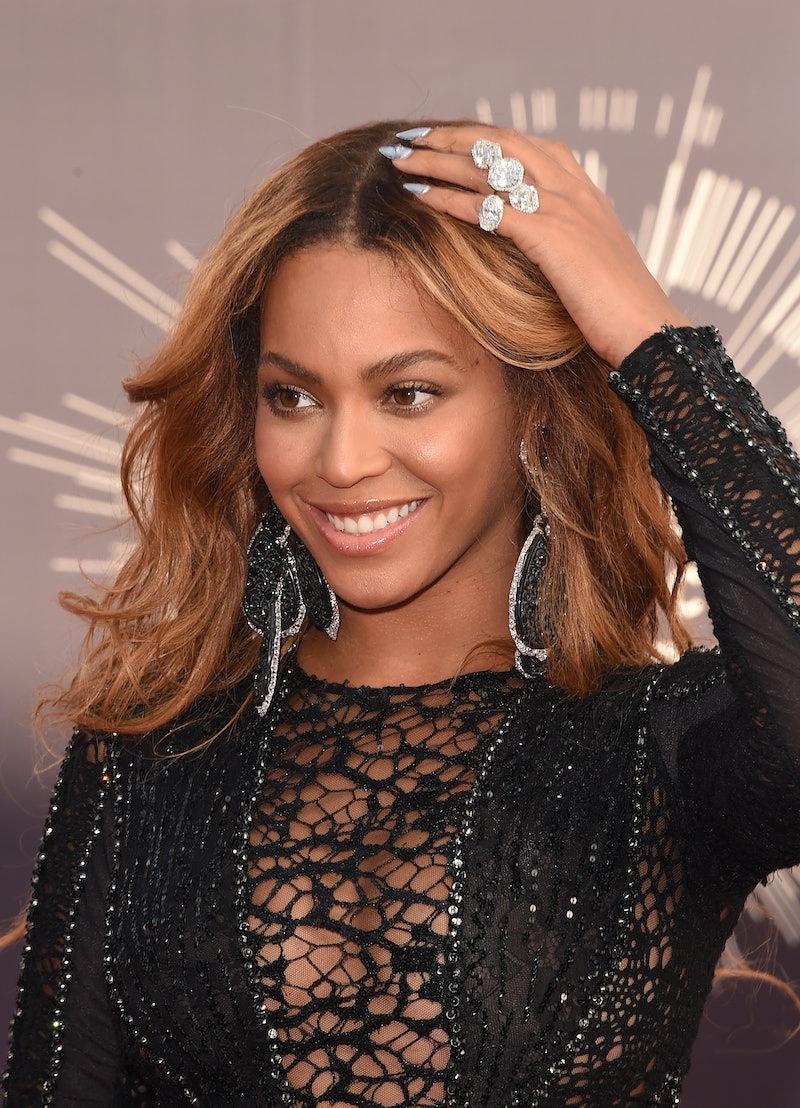 In case you haven't heard, Thursday is Beyoncé's 33rd birthday and fans are already celebrating in style by trending #HappyBirthdayBeyonce and #BeyDay on Twitter. That shouldn't come as a surprise since Beyoncé has gone from pop star to superstar to goddess in the last year or so alone. It's a wonder that Sept. 4 hasn't been outright declared a national holiday. However, maybe that's no wonder at all considering, as far as Beyoncé should be concerned, Bey Day doesn't just happen on her birthday. I mean, it goes without saying that if you're Beyoncé then every day is Bey Day. What other woman do you know who can perform a Beyoncé concert at the 2014 Video Music Awards and have everyone ignore the awards entirely to talk about her performance instead?

Of course, I don't doubt that Beyoncé is somewhere out there in the world celebrating her 33rd birthday better than any of us could ever dream. I'm just saying that every day is a day to celebrate Beyoncé, not just her birthday. In fact, there are plenty of ways that Beyoncé has proven that Bey Day doesn't just begin and end on Sept. 4. Here are the top nine reasons that Bey Day happens 365 days out of the year, except, of course, on leap years.

She wakes up flawless

We didn't even know you could wake up flawless until Beyoncé released that song. Now we all wake up #flawless. Hell, she even inspired celebrities to post make-up free selfies with the caption "I woke up like this," proving you don't actually have to look flawless to wake up flawless.

She runs the Beygency

Have you accepted Beyoncé as the absolute queen that she is? If not, then you'd better beware of the Beygency because they will come for you. Poor Andrew Garfield learned that the hard way on Saturday Night Live and how can Bey Day ever end when there's a shadowy organization ready to enforce her rule over the haters wherever they may appear?

Oh, was there a 2014 MTV VMAs? I didn't notice. Was Beyoncé in that part? No? That explains it. Where Beyoncé goes, there too does my attention go.

She was On the Run

Beyoncé's first joint tour with Jay Z called On the Run might have been plagued with increasingly wild divorce rumors, but every night she and Jay Z went out there, did their thing, and shared a little bit of their past and their family with an adoring audience. When the notoriously private couple can make us scream just by sharing a home movie, you know they're on a whole new level of awesome.

She has the best family

Yes, Elevatorgate happened. That was probably a bad Bey Day. But, at the end of the day, Beyoncé has done nothing but prove that she loves her sister and Solange loves her back just as fiercely. Then there's her daughter, Blue Ivy, whom Beyoncé adores so much that she devoted an entire song off her Beyoncé album to Blue and Blue alone. In times of trouble, Beyoncé's family stands beside her and that turns even the most normal day into Bey Day.

She knows how to defeat a scandal

How strong is your Instagram game? Not as strong as Beyoncé's, that's for sure. When it comes to rumors and scandals, Beyoncé always seems to find a way to twist or alter the narrative. She posted loving family pictures after Elevatorgate until she was ready to make a statement and she defeated the divorce rumors by bringing her whole family with her to the BeyMAs and shrugging them off. Throw whatever negativity you can her way; she'll defeat it every time.

She dances better than anyone

She looks good with any hairstyle

And a damn proud one who gives me hope for the next generation of feminists. Beyoncé is going to have an amazing birthday just by virtue of being Beyoncé, but today isn't the only Bey Day. When you're Beyoncé, every day is Bey Day, thank you very much.

More like this
Beyoncé’s Special Tribute To Sister Solange Was Both Touching & Hilarious
By Stephanie Topacio Long
How Ghosts Inspired Kesha's New Music
By Jake Viswanath
Is Dua Lipa Dating Trevor Noah? New Photos Show Them Kissing & Hugging
By Brian Anthony Hernandez and Martha Sorren
Wallows Want Their Own Epic “Lizzo Flute Moment”
By Jake Viswanath
Get Even More From Bustle — Sign Up For The Newsletter