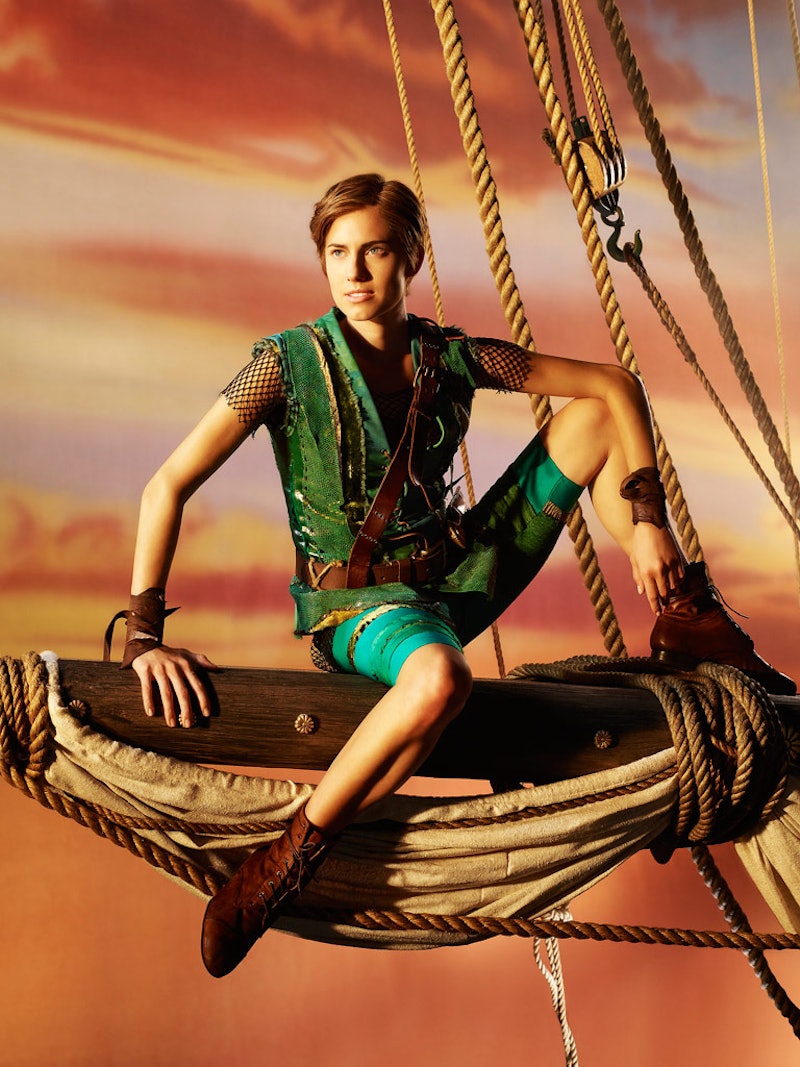 I knew that photo of Allison Williams as Peter Pan was vaguely turning me on for some inexplicable reason! Mystery solved. She's basically a little royalty-flavored androgyny treat! How fun. (I still can't with those mesh arm things though.)

I also think this effectively solidifies that Peter Pan always was and always will be the fulcrum of the gender spectrum.

Side note: Am I the only one who thinks that Allison needs to recruit her Girls co-star Jemima Kirke to play a saucy, cigarette-smoking Tinkerbell? Lena Dunham can play Smee (I mean that in the most loving way. Lena Dunham would do a hilarious Smee.) And Zosia Mamet can play some tropical bird in Neverland whose incessant squawking everyone tries to ignore. I know, I clearly missed my calling as a Broadway casting director.