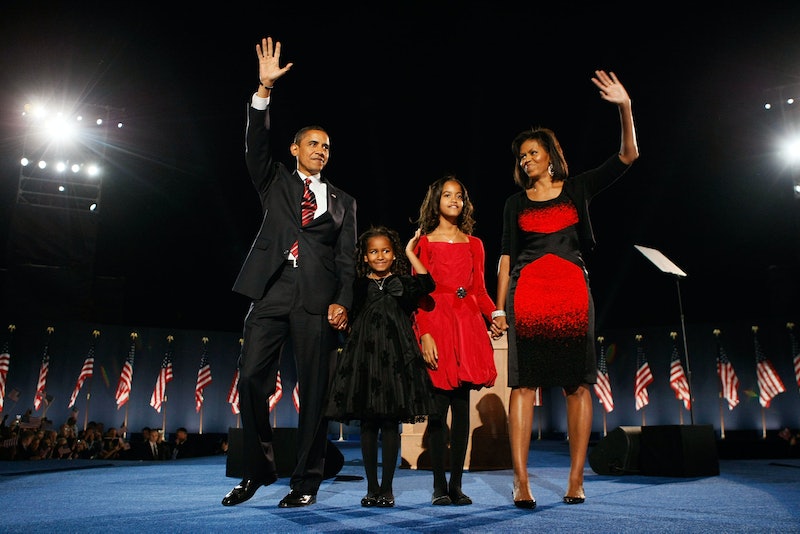 So you know that vision of the perfect family? Mom, Dad, two kids, and a dog living in a house with a white picket fence? Well, depending on how you look at it, I have either awesome news or terrible news: “Typical families” officially no longer exist. Me? I think it’s awesome. Here’s why.

In a report for the Council on Contemporary Families, sociologist Philip Cohen of the University of Maryland pinpointed the biggest changes in family life over the past 50 years. The results aren’t exactly surprising — the rate of marriage has declined, there are vastly more women in the workforce, and blended, remarried, and co-habiting families are incredibly common — but you know what’s terrific about that? Diversity. Here, take a look at this graph illustrating how family arrangements have changed between 1960 and 2012:

In 1960, kids tended to live with both parents (whether or not it was a happy marriage), Dad worked, and Mom didn’t. In 2012, however, there is a huge array of arrangements. True, kids living with both parents, both of whom work is the most common at 34 percent — but there’s also a pretty good mix of every other possibility, too, from single parents to never-married parents.

The reason this is so important is that it proves, without a doubt, the fact that the traditional arrangement of “family” just isn’t applicable anymore — and if we can see that clearly here, maybe the changes that need to happen in policy and society can finally start getting pushed along. Said Cohen, “Different families have different child-rearing challenges and needs, which means we are no longer well-served by policies that assume most children will be raised by married-couple families, especially ones where the mother stays at home throughout the children’s early years.” It’s no secret that some states and cities better accommodate single parents, so it’s my hope that policy will finally start evolving such that it’s no longer a “one size fits all” solution. Clearly one size does not fit all.

I also hope the way we think about family at large will catch up to the data. I still can’t get over the fact that there was such an uproar against the multiracial family depicted in that Cheerios commercial earlier this year. You want a typical family? That’s a typical family. And so is this:

And so, so many others. They’re all typical, because there is no typical.

So let’s not look at this as the “death of 'family.'” Let’s look at it as the expanded, all-inclusive definition of "family." Because that? Is pretty rad.