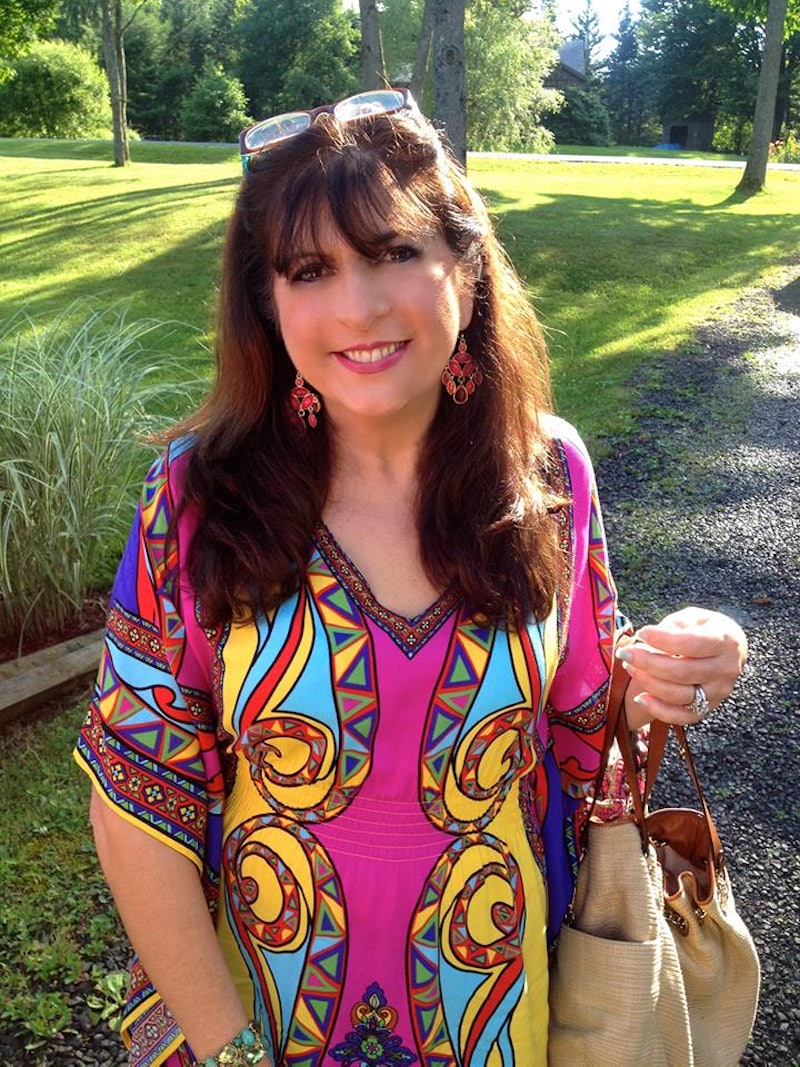 Immediately following Long Island Medium on Sunday, a brand new medium will attempt to turn us all into believers when she delivers messages from the afterlife in the new TLC series Angels Among Us. The series will follow New York mother Rosie Cepero as she converses with guardian angels and delivers their messages on screen. Just like with Theresa Caputo, there are bound to be people out there who wonder if Rosie is the real deal or just a fraud, but similar to Long Island Medium, TLC presents Rosie as an extraordinary woman who connects with angels and conveys critical — and often life-changing — messages to the people they protect on earth.

Of course questions will arise: How does TLC find these people? Why aren’t these guardian angels afraid of the cameras? Is it an act because the clients want to believe or are they genuinely convinced? The answer — each story is going to be completely unique. Scam or not, Rosie believes she has a gift and finds it her responsibility to deliver these messages to loved ones. Regardless of the “believe it or not” game, it is still a TV show. Rosie gets publicity, clients finally get some closure, and TLC gets its ratings.

Because it’s reality TV, there is also bound to be drama outside Rosie's celestial communications. Like Theresa, Rosie's family will be featured on her show, including her husband of 32 years and three sons. Unlike Theresa, Rosie claims to communicate with angels versus everyday spirits. Each client we meet on the show will supposedly have his or her very own guardian angel. According to Rosie, all of us have one — some of them just don't have a specific message for us.

Don’t discount the new series just yet because if there’s one thing these mediums do exceptionally well, it’s entertain. Forgetting the crystal ball and tarot cards, Rosie's ability to receive messages from beyond will likely shock us all. And if nothing else, her loving family and the upstate New York home that she calls a "portal" for angels, is sure to be a recipe for TLC success.

The network's new brand, “Everyone needs a little TLC,” redefines what the letters stand for by embracing an inclusive, non-judgmental perspective. By taking on a captivatingly unfamiliar life like Rosie and her family’s, TLC will be connecting with audiences on an intriguing and heartwarming level like we’ve never seen before.

Dozens of mediums pop up all over the world, but only a select few get their own reality shows. There is a reason for that — whether or not they really receive messages from the afterlife, people want to believe in them or at least want to understand how it works. It takes talented individuals like Rosie and Theresa to capture a nation’s attention. There are going to be plenty of disputes over this new medium, but if people are able to form an opinion that means they’re watching. Controversy is good for ratings, so scam or reality, TLC must be doing something right.