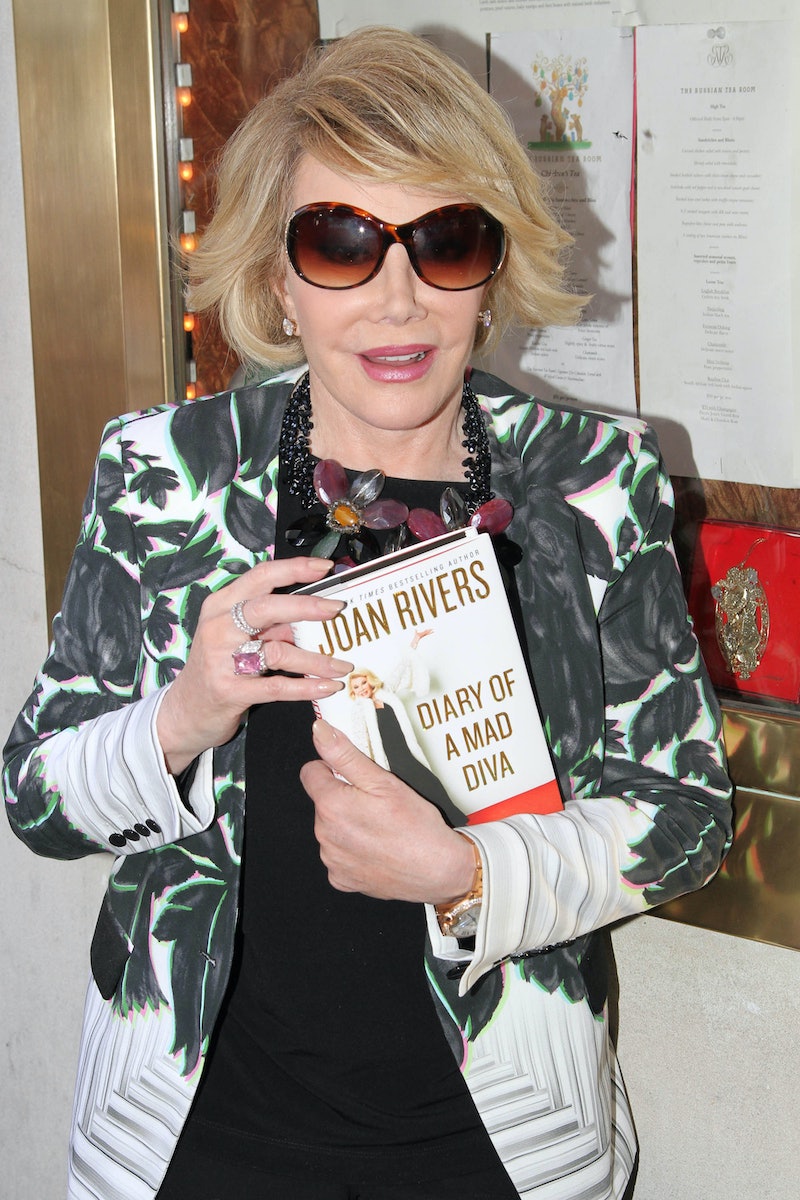 As previously reported, legendary comedian Joan Rivers passed away today in NYC at the age of 81, following complications from an in-patient throat procedure last week. She will forever be remembered as one of the most influential comedians in history, having paved the way for women in late night television and the entertainment industry as a whole. Without her, the face of comedy is truly a little bit less bright. Rivers had a lengthy career in showbiz, spanning over five decades. I doubt there's enough space on the Internet to explain everything Rivers has done for and in the industry, but back in 1978, People Magazine certainly tried with a great profile of Rivers to promote the first film she directed, Rabbit Test .

The entire thing, though lengthy, is worth a read — not only does it give us great insight into just how special Rivers and her method was, but it also gave us a rare look at how she truly cherished every second of her career, and her home life when daughter Melissa was young.

On her love for Melissa:

As Joan talks, pacing the kitchen, [9-year-old] Melissa pulls on the long phone cord, reeling in her mother like a fisherman. There is last-minute homework to be done — two heads bend over Mesopotamia. Joan takes no more phone calls. "Melissa is everything," she says. "Somebody I can give total affection to and know it's happily absorbed. I cry when I talk about her."

On her beginnings in show business:

"My whole career has been one rejection after another," she says, "and then going back and back and pushing against everything and everybody. Getting ahead by small, ugly steps." [...] The first year she was fired from every job. Once an owner shouted over the loudspeaker, "Get her off!"...Another manager ("We shared a phone booth") took her to audition for the Carson show seven times. After the producers turned her down, she was reduced to doing routines for their secretaries as they ate lunch and answered phones.

In 1965, as a favor to her manager's other client, Bill Cosby, Joan was put on the Carson show—billed not as a comic but as a woman gag writer. ("It was a mercy booking.") She was an instant hit.

On her loud, infectious personality on and off stage:

"In this town I have learned that courtesy is taken as a weakness. I used to say please and thank you and ask nicely. I have learned you have to slap 'em up against the wall, and they totally understand it."

On her empathic tendencies:

Coming back into her house, Joan stops to look compassionately at a sick begonia. She will not allow the gardener to take it away. Its feelings would be hurt. "Every object has feelings," Joan believes. "Everything is full of pain. I have sets of dishes in the basement, and I can't throw them out because they'll feel terrible. Old shoes — break their hearts." When she cuts flowers, Joan never leaves one alone on the bush. She leaves two, for companionship.

And, on her love of her career:

She enjoys talismans of her success — the guard at the studio gate saying, "Hi, Joan," the gate rising, the reserved parking space awaiting her inside. ("I never take anything for granted. We must be aware that we're privileged. So many of us totally forget in this business.")

We truly have lost a great. RIP, Joan Rivers.

To read the full People article, head on over here.