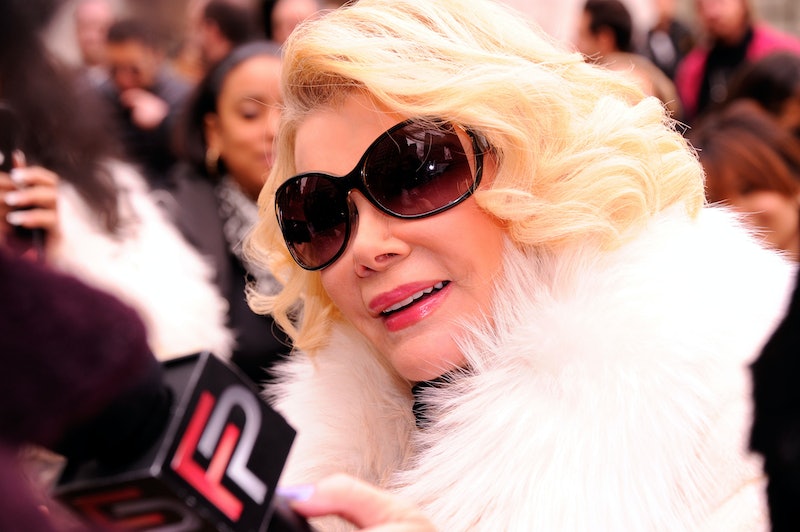 Joan Rivers will long be remembered as a dynamic, shameless, hilarious comic and TV personality. Though her impact and influence on the entertainment industry lives on, she will surely be missed by fans, friends, and those who knew her. Known for her unshakeable confidence, Rivers wasn't one to keep her opinions to herself, which largely worked in her favor and brought her success. She wrote a number of hilarious, autobiographical novels which revealed intimate details about her personal story, but she always appeared to maintain the flashy, snarky persona that made her famous. However, Joan Rivers: A Piece Of Work, a 2010 documentary following a brief slump in Rivers' career, gives a glimpse into Rivers' life at a point of struggle many fans might find hard to imagine.

The film is an honest, poignant portrayal of Rivers, who reveals throughout the course of the story that she is, and always has been, just as authentic as she seems. As Manohla Dargis of The New York Times wrote following the release of the documentary, there was any other “'Joan,'no private self, seems to be lurking beneath the mask." She struggled at one point to maintain her career despite her declining celebrity, but Rivers never hid who she was.