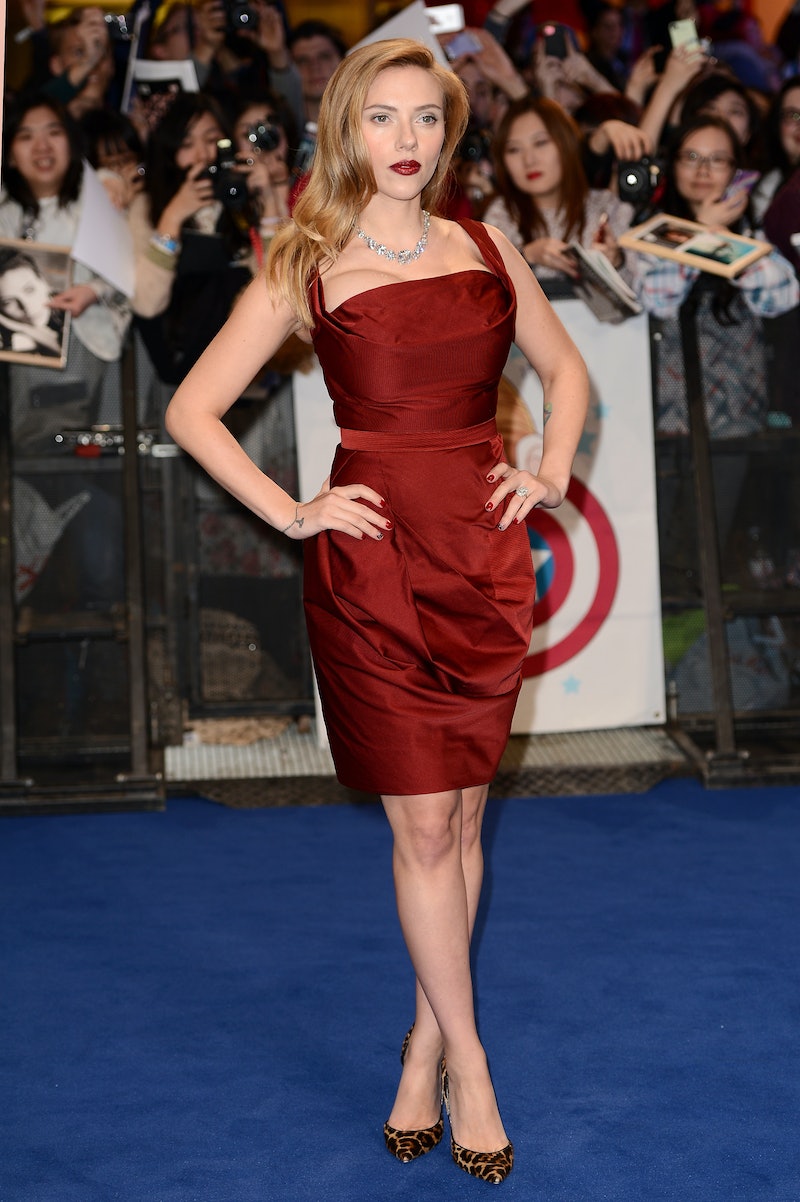 A certain A-list actress just got some very exciting news: Scarlett Johansson has welcomed a baby girl with her fiancé Romain Dauriac! A spokesperson for Johansson told the Associated Press that the new mom and baby are both doing well. He added that the family would like privacy at this time and that they support the No Kids Policy which aims to keep children of celebrities out of the spotlight. The only other news released is the baby's name which, really, is pretty much the only thing fans want to know anyway so that they can ooh and aah over it. Johansson and Dauriac decided to go with the classic — and slightly old lady-ish but in a nice way — Rose for their baby girl. All together now, "Ooh! Soooo cute!"

As for the new parents, Johansson has been engaged to Romain since around this time last year. In fact, the news of their engagement broke on Sept. 4, 2013 and exactly a year later on Sept. 4, 2014 news of baby Rose was announced. Although they were actually engaged a month before the announcement so it doesn't quite add up. It was reported by Page Six in July that the couple was planning an August wedding, and obviously that didn't happen, so it's anyone's guess as to when they might make things official.

But who cares about a wedding at a time like this! For now, congrats are in order for Johansson and Dauriac, and a warm welcome for baby Rose!