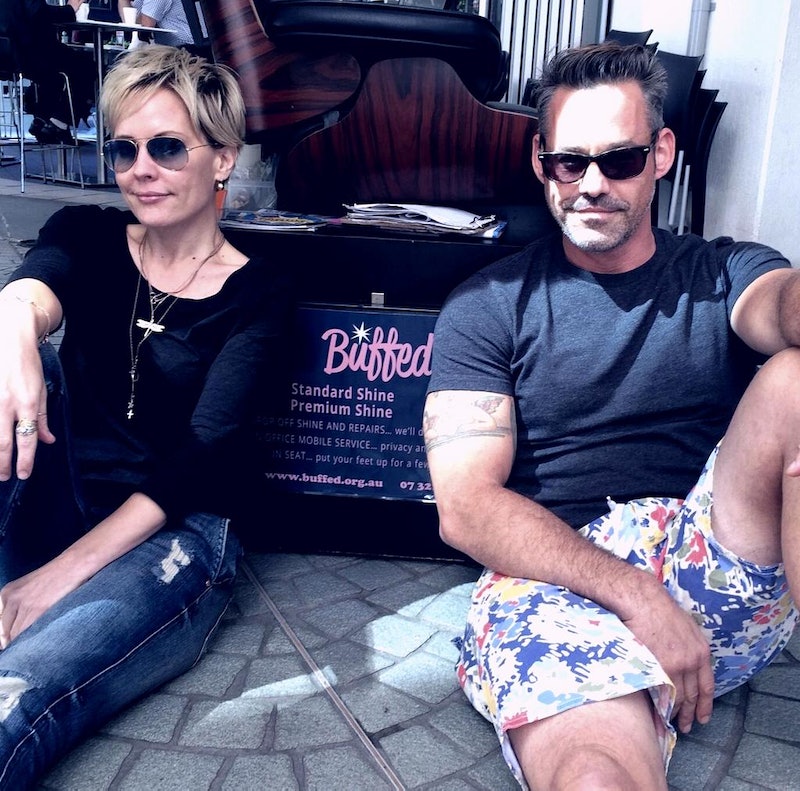 It's been over 10 years since Buffy the Vampire Slayer ended its seven-season run between the now-defunct networks The WB and UPN, but if you're the type of hardcore, diehard fan that I know I am, it sort of feels like those 10 years passed in that one alternate hell dimension that Buffy traveled to in the season three premiere "Anne," where one year there was equal to like one day in our reality. In other words, it feels like we've gone forever without any sort of new Buffy thing to obsess over — when, in reality, it's been about a month since Sarah Michelle Gellar and Anthony Stewart Head had their own mini reunion on Twitter, and six years since that much larger Buffy reunion at Paleyfest. Luckily, though, I have good news: We finally, finally have another mini- Buffy reunion, and this time, it's Emma Caulfield and Nicholas Brendon, Anya and Xander themselves, at Oz Comic-Con in Australia. Yes, I am screaming as I type this.

Caulfield posted a pic of Brendon and her on Instagram first (they're sitting next to a shoe-shining stand called "Buffed!"), tagging it, "This happened today. #buffy #ozcomiccon #xander #anya @fordmark1 #australia #winning #nickbrendon #buffed #emmacaulfieldapprovesthismessage," then Brendon followed by posting the same shot on his Twitter with the very Xander-ish caption, "It's an @OzComicCon miracle! Brisbane, Nick and @emmacaulfield are all up in you!"

As if that wasn't enough to give Buffy fans — especially the Xander/Anya shippers amongst us — aneurysms, apparently the Brisbane Times did a joint article on Caulfield and Brendon talking about the impact of Buffy even now (worth a read!), 11 years after it ended. Caulfield posted a screenshot of that too, with another pic of her and Brendon.

Who else is having a total Buffy heart attack now?

To read the Brisbane Times piece, head over here.