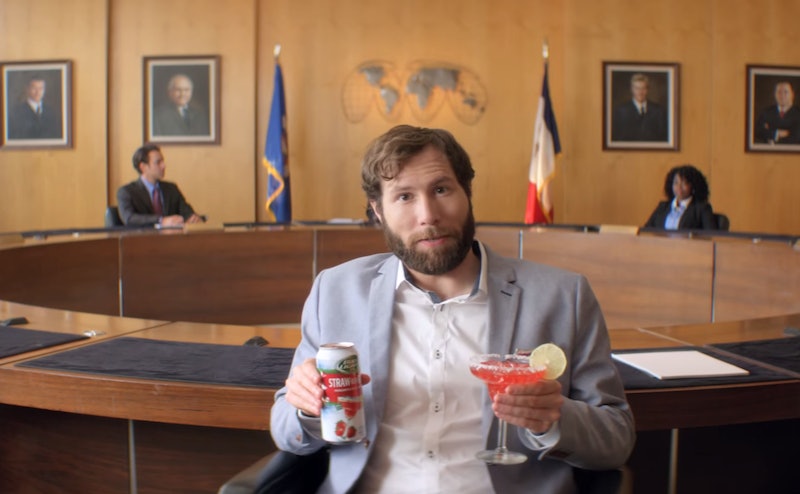 If you only glanced at the ad, you might assume the bearded man serenading unsuspecting strangers with a Lionel Richie song as he gifts them with cans of Bud Light-Rita beverages to be the same bearded man appointed Mayor of Bud Light town Whatever, USA. But! If you look a little closer, you will see they are most certainly not the same guy. (Budweiser’s really doubling down on this “bearded dudes sell beer” strategy, eh? Excuse me, beer-ded dudes. Sorry. I'll see myself out.) The singing, dancing, friendly neighborhood beverage distributor in the Bud Light Lime-A-Rita ads is actor/comedian/writer/UCB performer David Charles Ebert, not George Basil.

In addition to the Lime-A-Rita campaign, Ebert has done commercials for Campbell's, SportsCenter, and Wendy's. (The beard, however, is no where to be found in any of those ads. It looks like the Lime-A-Rita ads are Ebert's beard's TV spot debut.)