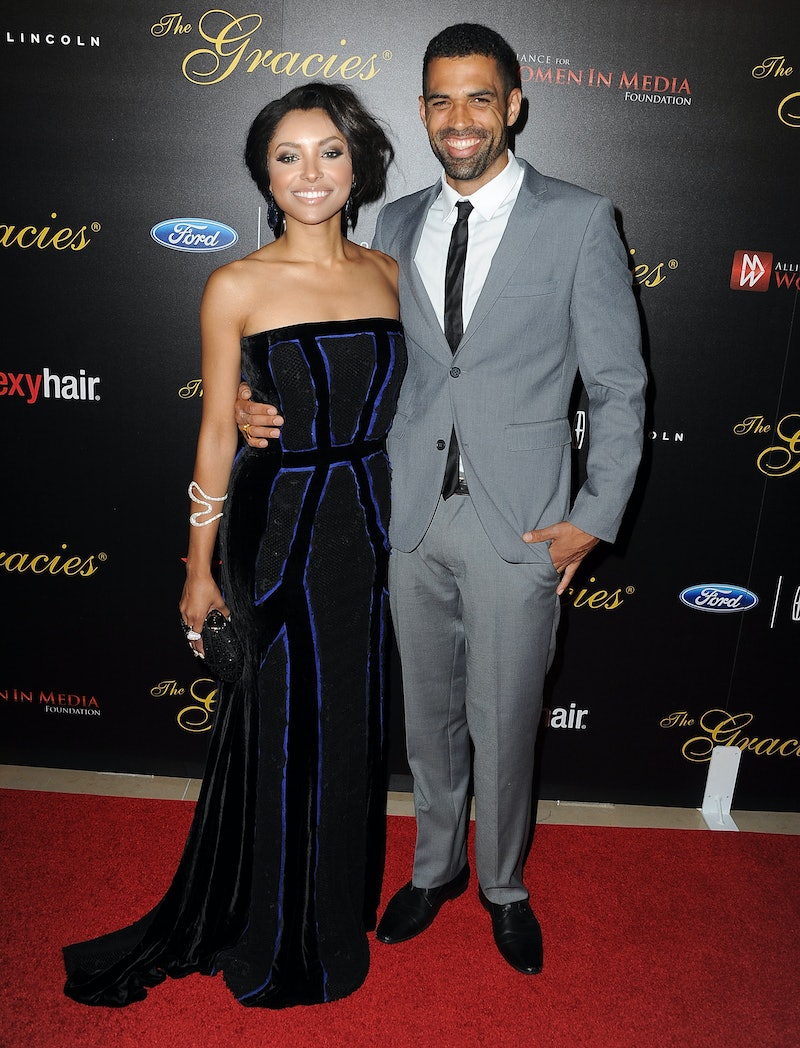 So here’s the thing about Kat Graham: while quite a lot if known about her career, her personal life is kept a bit more quiet than some celebs. I know she’s an awesome actress and dancer, plus there's her collection of flawlessly-executed ensembles and her role as Bonnie Bennett on The Vampire Diaries, so as actresses go, she’s alright with me. I mean, I suppose I could consider myself a fan for the simple fact that I shamefully sat through all 110 minutes of Honey 2 just because she starred in it, even though I totally didn't buy into her tough girl act. But enough about Graham’s professional life, we're here to learn about another facet of Graham. While others are pondering up the possibilities of when or how she'll make her return to The Vampire Diaries, let’s get more into her life off the screen. Graham has been engaged for two years, but you may not be familiar with her beau. Who is Kat Graham's fiancé Conttrell Guidry? It's time to find out.

On the surface Graham and Guidry make a super attractive couple, and judging by these photos of the couple ringing in the New Year, Guidry doesn’t mind getting cozy with his girl in public, even if they are standing in front of a NASDAQ podium. Aside from having a name that sounds like it came straight off a suit jacket label from a high-fashion menswear line, there's a lot more to know about Graham’s handsome, PDA-loving beau.

While he's not as well-known as Graham, Guidry's an actor too. He's had roles in films like See You On the Other Side and Skyler and has also worked behind the scenes as a producer and writer.

Who else wasn't surprised by this?

They are too adorable for words! They also seem to be extremely compatible, which probably played a major factor in Graham being able to plan her wedding in two weeks. Graham told E! News of Guidry, "My fiancé is easy-going like me. We like the same things. We're just a couple of California beach bums."

Guidry shared this throwback sketch he did of a young Michael Jackson on Instagram.

5. He's co-creator of a production team

According to Guidry's Stay Cool Productions Twitter page, the company consists of a team of writers, producers, and directors who bring their own work to life as well as that of their clients.

Sounds like a pretty cool guy. Now we just have to wait and see what happens first: Graham and Guidry's wedding or Bonnie Bennett's return to The Vampire Diaries.