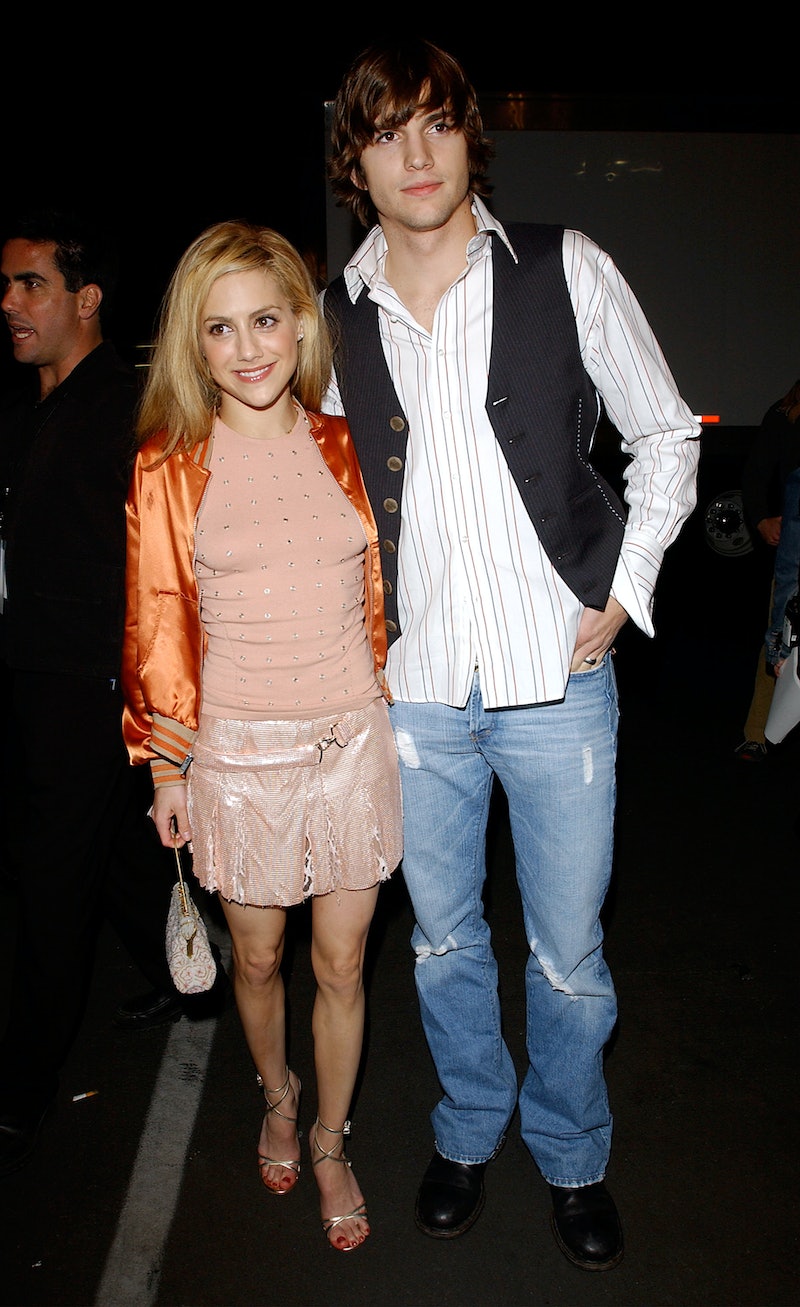 Well, whether anyone likes it or not, Lifetime's highly unanticipated Brittany Murphy biopic The Brittany Murphy Story will air Saturday evening. Honestly, this project couldn't have received a less warm welcome if it showed up to a dinner party uninvited and empty-handed. Despite Lifetime's sleazy way of going about these productions and the generally unfavorable sentiment surrounding the movie (Variety referred to it as "a bottom-feeding slice of tacky TV movie exploitation"), there's obviously still legitimate interest in Murphy's life, such as questions about her acting career, her family, her marriage, and even the rumors surrounding her alleged engagement to Ashton Kutcher.

Muprhy and Kutcher's romance reportedly blossomed on the set of Just Married, a 2003 romantic comedy in which they played a starry-eyed pair of honeymooners. At the time of their relationship, Murphy and Kutcher fueled rumors that they were actually engaged to be married when they were spotted wearing matching rings — rings that the Lifetime film likes to emphasize. But the film's director Shawn Levy shot down those allegations, claiming that the rings were just "a tribute" to the movie. But the public never actually learned if Kutcher and Murphy were truly intending to walk down the aisle. Their romantic relationship ended after only a few months. Kutcher eventually went on to marry Demi Moore, while Murphy married Simon Monjack.

While we may never know the exact level of romantic commitment between Kutcher and Murphy, it's clear that Kutcher held a special place in his heart for Murphy. Shortly after her passing, Kutcher spoke favorably of Murphy in an interview with Nightline: "She was like the person who walked in the room and she was always the first person to dance. You know when you go to a party and everybody is standing around, and the music is going — and you know sooner or later everyone is going to dance. She was always the first person to dance. And I just try to connect to that and celebrate who she was and how she was, and not make sense of it, 'cause there is no sense of making sense of it."