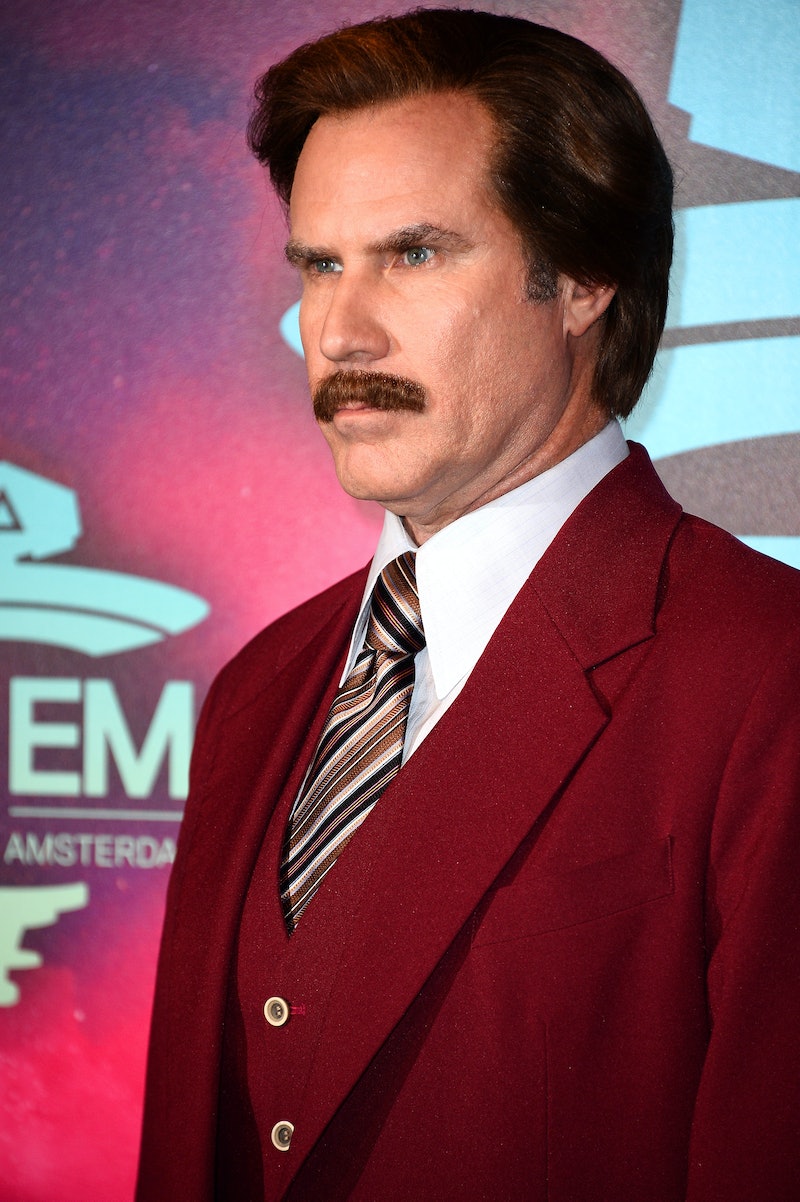 Those who tuned in to last night's Stand Up 2 Cancer telecast were able to witness tons of celebrities doing their part to support the cause. While anyone who watched the telethon was expecting various performances and speeches from major celebs like Ariana Grande and Jennifer Aniston, many were surprised when a PSA from one of the most popular anchors on television took over the screen at one point: Ron Burgundy himself. That is, actor and comedian Will Ferrell took on his role from Anchorman in a Stand Up 2 Cancer PSA to encourage viewers to pledge.

In typical sassy but hilarious Ron Burgundy-style, Ferrell made it clear that he’s standing up to cancer in several different clips that were posted online before the telecast even started. Though one of the videos was actually revealed during the event, there are several others on Stand Up 2 Cancer’s YouTube page, and each one is just as funny as the next.

With some celebrities taking the stage to discuss the need for cancer research and others introducing videos of cancer survivor stories, many of the speeches were quite often tear-jerkers — with some celebs even tearing up themselves. However, Ron Burgundy’s message provided some lightheartedness and comic relief to an otherwise serious event. Of course, he was not the only comedian to appear on stage: The likes of Mike Myers and Rob Riggle also made their own appearances.

So, with many people raising awareness as well as donating to the cause, let’s hope that we can help make a difference for people. And in the words of Ron Burgundy: Let’s grab one of cancer’s testicles and pop it like a plump water balloon on a hot summer day. Sounds like a plan.