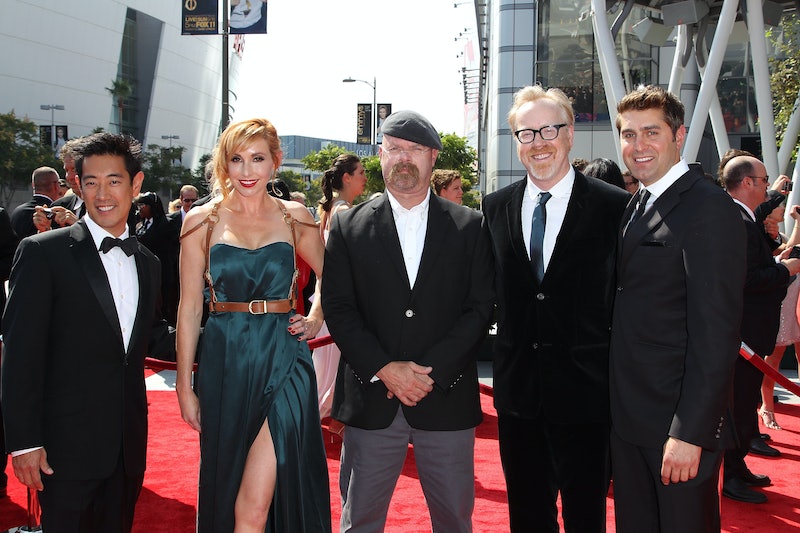 As a writing, scrapbook-making, sketchbook drawing kind of girl, the only show that had me interested in science in the slightest when I was young was Bill Nye the Science Guy. From there, it wasn’t until 2003, with the beginning of MythBusters and the goofy-yet-lovable ways of Adam Savage and Jamie Hyneman that the subject finally captured my attention again. With a life-size recreation of Megalodon to experiments about the contagious yawn myth, the Discovery Channel show generated many fans — until now. With the recent firing of three of the show’s hosts, fans created a petition to re-hire Kari Byron, Tory Belleci, and Grant Imahara.

However, while the petition does insist that Discovery channel take back all three hosts, it’s especially concerned with Byron as she was the only female cast member to appear on the show.

“They say this is an attempt to bring Mythbusters ‘back to its roots’ by focusing solely on the hosts, Adam Savage and Jamie Hyneman,” Julie Rodriguez wrote. “This is a huge step backward for Discovery — as the main female Mythbuster, Kari, inspired a generation of girls and showed them that they, too, had a place in the traditionally male-dominated world of science.” It's no secret that science is not exactly welcoming to women — so they have a point.

Although Rodriguez praises Savage and Hyneman for being “amazing educators in their own right,” she notes how the show needs diversity through both women like Byron and even ethnic minorities like Imahara who was “the sole person of color on the show.” She also makes a valid point by commenting on the fact that few women are seen working in STEM (science, technology, engineering, and mathematics) fields as it is, and that Byron being fired just contributes to the problem.

Already, Rodriguez has received over 34,000 of the 35,000 signatures she needs for her petition and many supporters have also claimed that they won’t watch any new episodes of the show unless Byron and the rest of the team are brought back. The comments from male viewers of MythBusters on the petition website are especially heartwarming to see.

“I watch this with my daughters so they can see that a woman can do everything a man can do,” Mr. Robert Lucas said, for example.

From fathers and mothers, to female and male doctors, everyone is getting behind this petition, and I’m loving it! The support for the three cast members is overwhelming, and should definitely make a point to Discovery Channel which recently released this statement:

We are all big fans of Kari as well as Tory and Grant and are looking for other projects where we can work with them.

Unfortunately, this makes it seem clear that the three won’t be returning, but if the push continues perhaps Discovery Channel will have a change of heart. And if not, all I ask is that they at least create a spin-off including all three hosts. After all, you can’t break up the show’s three musketeers. Just give the people what they want, Discovery Channel.