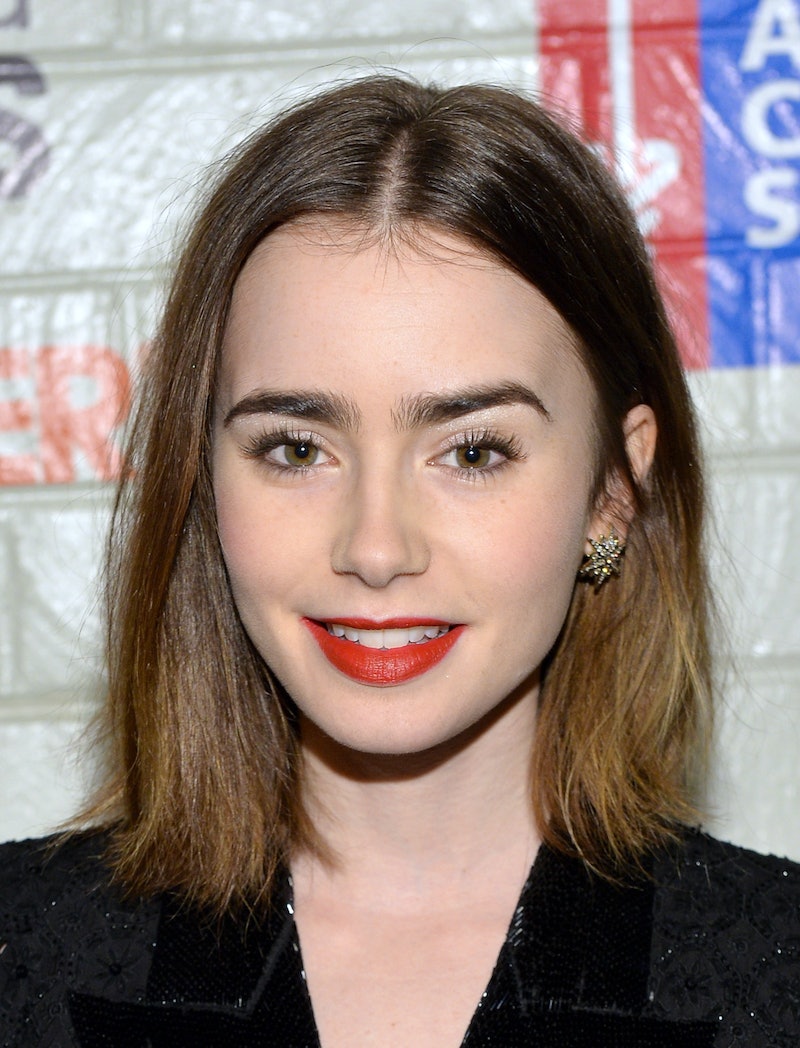 With the popularity from the CW’s hit show, Gossip Girl, it’s probably difficult to imagine anyone other than Blake Lively and Leighton Meester in the leading female roles. However, in a recent interview in the October issue of Marie Claire UK, Lily Collins discussed her audition for a part in Gossip Girl, and how bummed she was when she didn’t receive the part she wanted.

Although it’s always a blow for actors and actresses to admit that they didn’t receive a role in what has later become a major TV show or movie, Collins still found a way to get to the red carpet in the end. And to be honest, I’m glad she ended up on the path that she did.

“I tested for Gossip Girl,” Collins said. “I wanted to be in it so badly, I thought at the time it was the end of the world. Now I think, ‘Well I would have got pigeon-holed, have had to move to New York, leave high school and be signed away for six years. I wouldn’t have done the films I’ve done, and everything would have been so different.”

So true. Everything happens for a reason, and who knows? If she had scored the part on the show, she might not have had the time to film as Collins Tuohy for The Blind Side, which was filmed and premiered during the time Gossip Girl was still airing. Not to mention, she wouldn’t have had the opportunity to star alongside Academy Award-winning actresses like Sandra Bullock in The Blind Side, and Julia Roberts in Mirror Mirror.

Collins was even able to land a role as Clary Fray in The Mortal Instruments: City of Bones and The Mortal Instruments: City of Ashes. I’m not going to lie and say everyone was super stoked about the former, especially in comparison to The Hunger Games and Divergent, but at least she’s also starring in the rom-com, Love, Rosie, which, hopefully will help boost her ratings again. And with all the roles she’s already had in films as the leading lady at only 25 years of age, Collins has all the time in the world to make a name for herself in Hollywood.

More like this
At 14, Tatiana Maslany Was Obsessing Over Tamagotchis & The Spice Girls
By Gabrielle Bondi
Jonah Hill Explains How His Anxiety Attacks Will Change The Rest Of His Career
By Grace Wehniainen
Florence Pugh Won’t Discuss Harry Styles Sex Scenes In 'Don’t Worry Darling'
By Grace Wehniainen
Fabien Frankel Has History With 'Game Of Thrones' Emilia Clarke
By Sam Ramsden
Get Even More From Bustle — Sign Up For The Newsletter