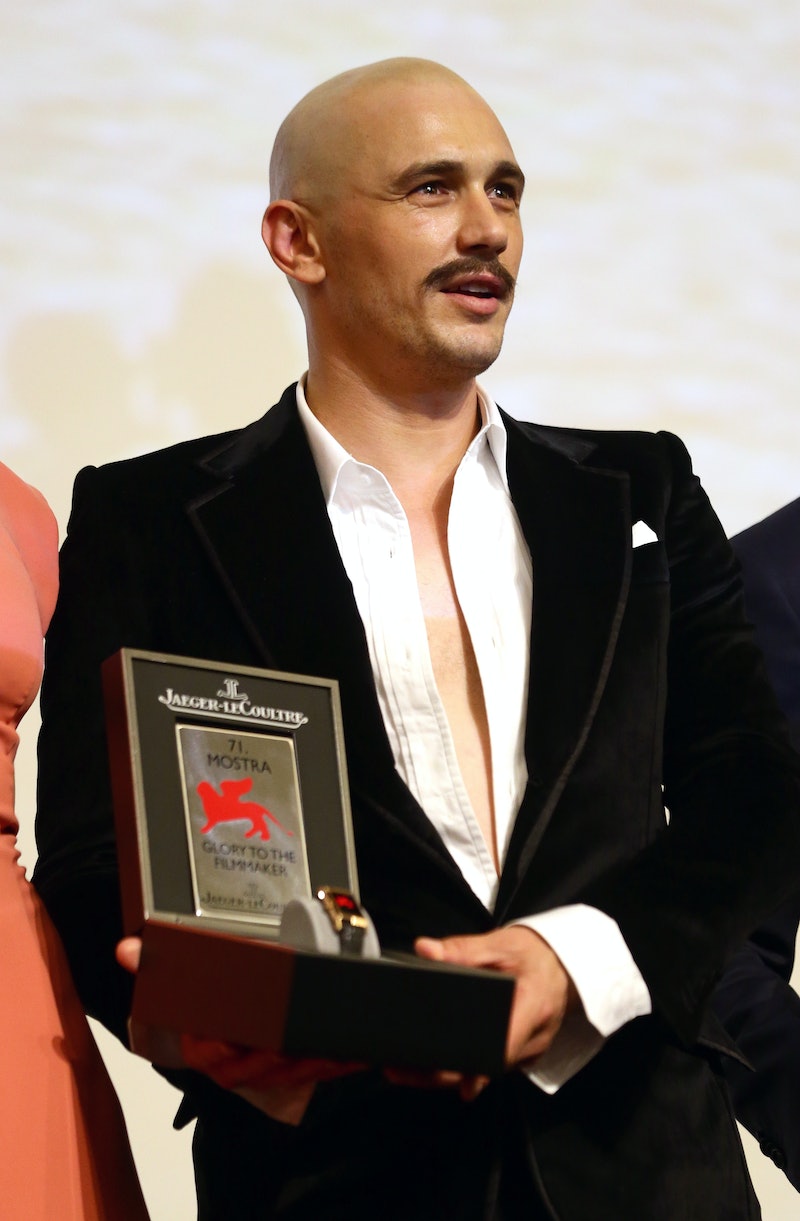 If you thought a bald James Franco was news you won't believe what the actor has done now. At the Venice Film Festival on Friday, James Franco showed up with a tattoo of Elizabeth Taylor and Montgomery Clift on his head. The large piece of ink on his freshly shaven skull could easily be a warning sign of a celebrity downward spiral. Remember when Britney Spears shaved her head? Bad news for everyone. But don't worry too much about Franco. He'll probably keep posting weird selfies, but his recent style change-up is just method acting.

Franco is starring in Zeroville as Ike “Vikar” Jerome who is a "a 24-year-old student who arrives in Hollywood in 1969 with dreams of breaking into the movie business," according to Variety. The movie is based off the novel of the same name and in the book, Vikar also sports the large head tattoo. Franco was in Venice to receive the Glory to the Filmmaker 2014 prize, but the awards show doubled as a set for Franco to film a Zeroville scene where his character receives an award for visionary language as a film editor.

It's kind of cool that the festival was OK with using their real ceremony as a movie set. It's also good to know that Franco was simply there in costume and that the large tattoo of Elizabeth Taylor won't be a permanent part of his head.

But let's not give him any ideas either, because you never really know with James Franco. He might actually do something crazy like that.