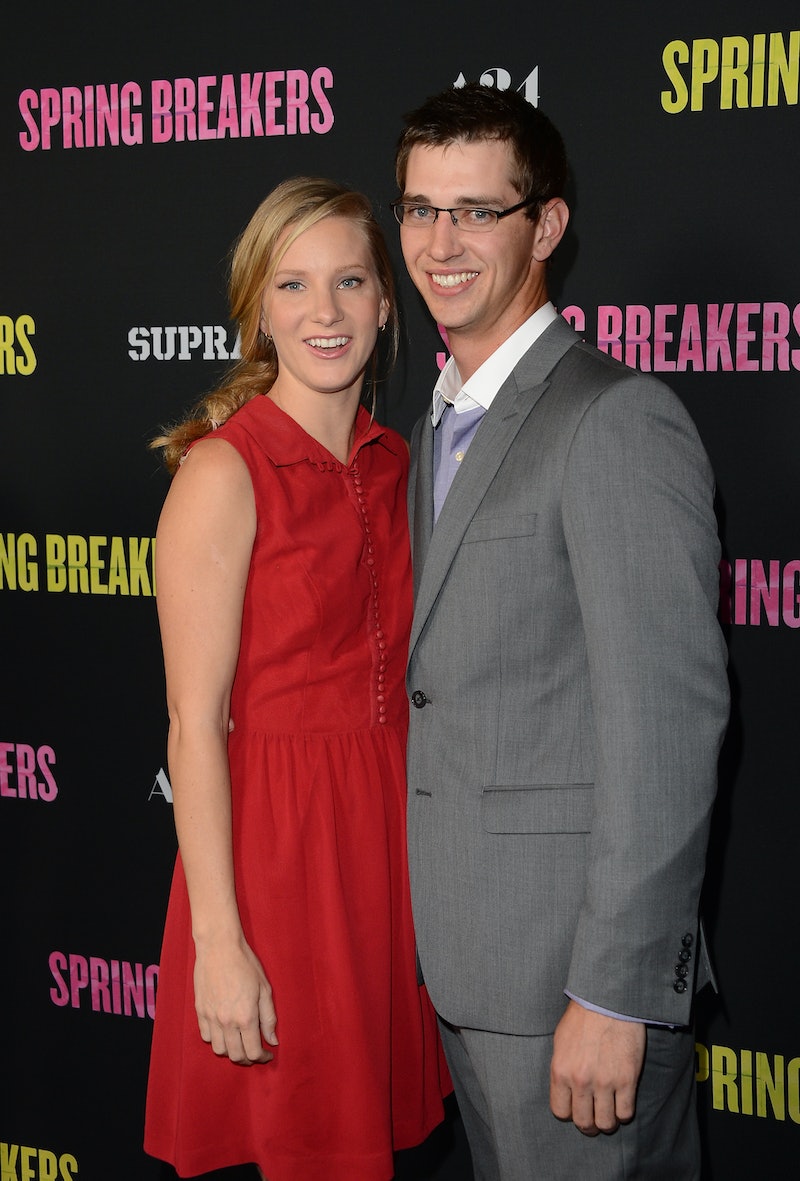 Unlike some hit TV stars, Glee's Heather Morris is notoriously private. And after the birth of her son, Elijah, Morris took a big step back from the limelight, even briefly quitting Glee. She said later that being a mom brought with it "life-altering change." But as Elijah heads towards his first birthday on September 28, the actress is starting to step back in to the spotlight and Heather Morris opened up to Us Weekly about her impending wedding to boyfriend Taylor Hubbell and the joys of motherhood.

Reports of her and Hubbell's engagement surfaced only just over a week ago, so not much is known about the ceremony as of yet. In fact not much is known about any of Morris' little family. She's worked hard to keep her son away from prying paparazzi, preferring to spend time with her fiance and her little one instead of working all the time. "We love playing with balls, so that's really, really great. We love going outside. You don't really know [about motherhood], and then once you're in it, you're like, this is fantastic," she admitted to Us Weekly. Every stage is great."

It's always nice when we do hear about her life since she doesn't do a lot of press and doesn't have any social media accounts. But details about her family and wedding have come out one way or another over the last year, so here is everything we know about Heather Morris' family and soon-to-come wedding.

ELIJAH IS BEYOND ADORABLE

There aren't a lot of pictures of Morris' son, but the two went to a Gymboree collection launch on Friday and we got some priceless pics of the cute tot.

SHE PUTS HER FAMILY ABOVE ALL ELSE

In 2011, Morris told Fitness magazine that if acting ever came between her and Taylor Hubbell, she would bow out. To her, a healthy relationship was more important than a fancy career.

TAYLOR HUBBELL IS A REGULAR GUY

Taylor Hubbell isn't an actor or even interested in the fame spotlight. He supports Morris in her endeavors but seems content with his career playing baseball like a normal guy.

THEY MET IN HIGH SCHOOL

These high school sweethearts have known they wanted to be together since practically forever. "Just like the future plan was, we always wanted to get married," she told Us Weekly.

SHE WANTS A BIG WEDDING

Morris revealed to Us Weekly that the couple has "been looking forward to having a huge, fun reception." Maybe the pair can even hire the Glee club to perform because big, fun weddings are their specialty.