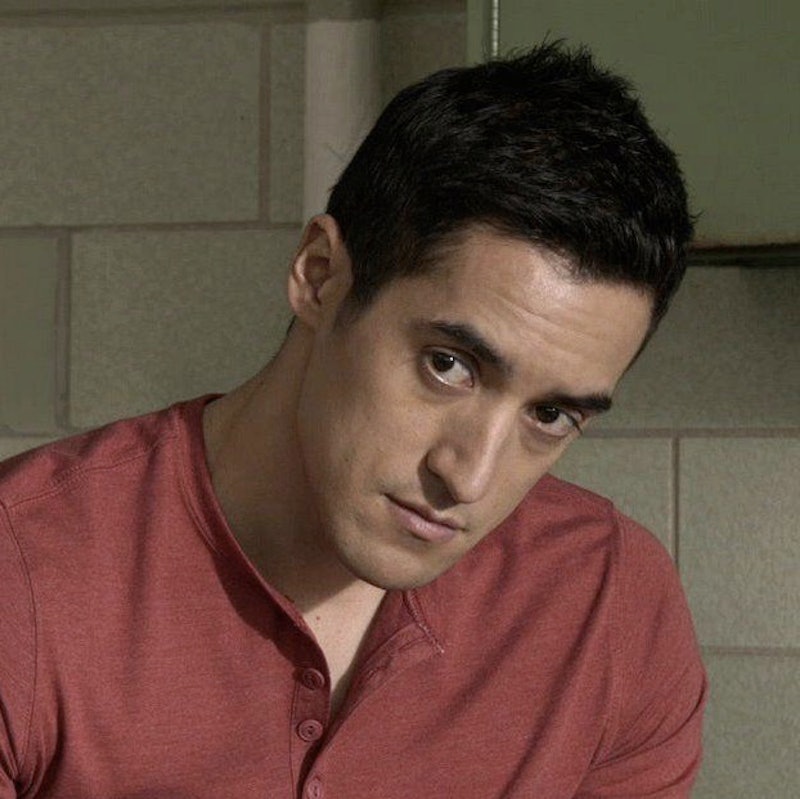 I think fans can all agree that Teen Wolf Season 4 has been certifiably insane so far. The Benefactor was revealed to be Meredith following Peter's comatose thoughts, Kate turned Scott into a berserker, Liam is dealing with PTSD, Derek lost his werewolf powers, and there's a guy with a third eye in his head locked up at Eichen House. How on Earth can creator Jeff Davis and the writers give us a proper ending to the season with all of these crazy plot twists? But more importantly where the hell is Danny?

You guys remember Danny, right? Best friend to Jackson and boyfriend to Ethan? He revealed during the Season 3 finale that he basically knew all about the crazy supernatural nonsense that happens in Beacon Hills on a regular basis. Then he promptly disappeared. At one point, the actress who plays Lydia, Holland Roden, said that Danny was gone, possibly for good. For a while Twitter blew up, especially when the actor who plays Danny, Keahu Kahuanui, tweeted "So many questions, so few I can answer." However, Teen Wolf's lord and master Jeff Davis revealed at Comic-Con later in July that we "have not seen the last of Danny." So where is he? I have a few ideas.

Danny Is Vacationing With Ethan

Wouldn't be nice to imagine that the two lovebirds didn't break up when Ethan decided to leave Beacon Hills and instead took a trip to Europe or somewhere exotic together? Maybe Danny took a year off from school to do this so that he and Ethan could experience some joy for once! Danny deserves a happy break away from all the horrible events of Beacon Hills.

Or maybe Danny, being a smart student, decided to say "to Hell with Beacon Hills" and graduated early so he could leave this godforsaken crazy town and go to college somewhere far, far away. Like New York or even out of the country. Asia seems far enough away from Beacon Hills, right?

Danny Is Working On A Special Assignment With Dr. Deaton

But being the standup guy he is, Danny could never leave Beacon Hills and his friends in trouble now that he has revealed (to Ethan at least) that he knows about Beacon Hills' supernatural entities. Also how exactly does he know about werewolves and more? Perhaps he has been secretly working with Dr. Deaton to become a Druid and learn how to protect his friends without having to actually experience all of the danger firsthand.

Danny Is A Berserker

This is the theory I'm dreading the most, but also the one I think might be the most accurate. As we clearly saw from Kate's process on Scott, the psycho beast hunter-turned-beast can transform people into berserkers. Maybe the reason why we have yet to see Danny this season is because he was already turned into a berserker by Kate much earlier. Perhaps Danny is the berserker that fought with Kira, Liam, and the others. If so, then finding a way to turn beserkers back into people is of dire importance, and not just because of Scott.

More like this
The 'Teen Wolf' Creator Revealed If 'Wolf Pack' Takes Place In The Same Universe
By Grace Wehniainen
Ashton Kutcher Wants Danny Masterson “To Be Found Innocent” In Rape Retrial
By Jake Viswanath
This 'Gossip Girl' Wardrobe Error Has Gone Viral On TikTok
By Alyssa Lapid
Hilary Duff Is “Optimistic” About A 'Lizzie McGuire' Reboot
By Alyssa Lapid
Get Even More From Bustle — Sign Up For The Newsletter
From hair trends to relationship advice, our daily newsletter has everything you need to sound like a person who’s on TikTok, even if you aren’t.