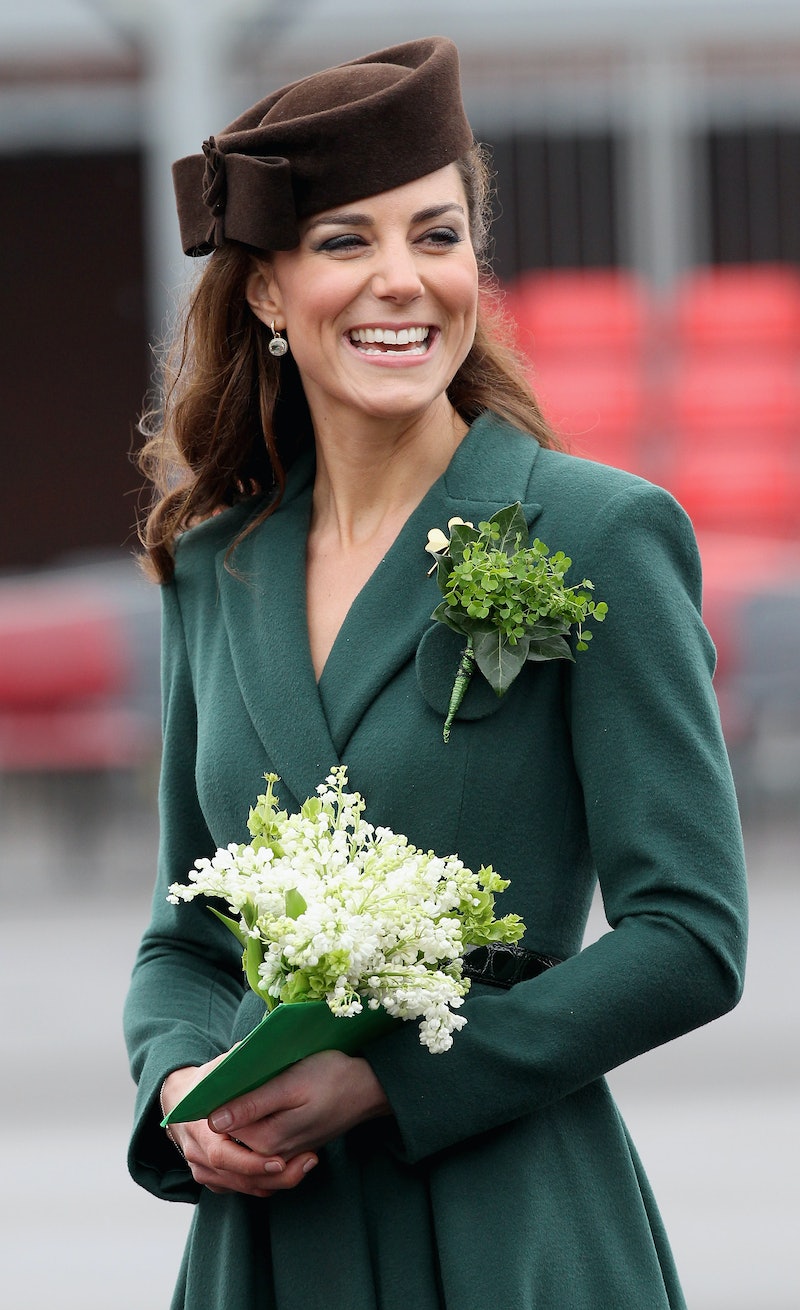 Cue the world-over freakout, because another royal baby is poised to enter the universe. If you haven't been out in public yet, you may not have heard that the Duchess of Cambridge Kate Middleton is pregnant. Yup, bun in the gilded oven, stork on the way, her majesty is knocked up. 'Cause I have an innate talent for wild natal speculation, I'm asking the impossible question: What's the sex? Will she be having a little prince or princess? We must know more about this privileged zygote!!

One thing's for sure, whether Prince George is getting a little brother or sister, this will be a baby shower I'll be happy I'm not invited to. You can't give a diaper genie to a child born into the world with a 24-karat-gold-crown on its head and an ermine-trimmed cloak around its shoulders and not feel like a fool. Something tells me that Babies "R" Us just doesn't fly for Buckingham Palace.

But, I digress in my trivializing the lives of aristocrats... If we want to know whether the new baby's second chromosome will be a royal X or a royal Y, we should consult the past. Middleton's first little baby was a boy born in 2013, Prince George Alexander Louis. Perhaps, with George's birth, she set a precedent for having boys. After all, Princess Diana and Prince Charles had two boys, William and Harry who are two years apart. Coincidentally, this spacing may end up being exactly the same with the second royal baby, who will likely be born in 2015. Just saying, history repeating itself isn't entirely out of the question. Imagine Prince George with a brother in matching overalls...

If that isn't a scene for a commemorative mug, I don't know what is.

Let's not get ahead of ourselves though, because it's just as likely that a little girl may be on the way. After all, Kate's own mother Carole Middleton gave birth to two daughters and one son. Kate is the oldest of the three Middleton kids at 32. Just a year later, Pippa who is now 31, came along. Their baby brother James, 27, is the only son of the family. Given Kate's heredity, it's possible that she's due for a little girl. Plus, we can always use more ladies on Earth who will have her personal style.

So basically, it's a total toss-up. According to an article on genetics.org, each family has a 50-50 chance of giving birth to a boy or a girl. However, the article also states that the father's sperm ultimately determines the child's sex. If you remember all that funky stuff about baby-making from high school health and science classes, the mother's eggs represent the X chromosome, while the father's half of the DNA can either be X or Y. From there, it's the first fertilized egg that becomes a baby. In this case, just imagine that the sperm all have little crowns on them. You're welcome for that review of "how babies are made."

Given the fact that the poppa's protein causes the sex of the baby, and the fact that William is one of two sons, I'm guessing that another little prince will be coming along in 2015. Mazel tov, William and Kate! May you continue to beget infants with the silverest of spoons born into their divine mouths!

More like this
Kate Middleton Wore The Ultimate '90s Power Suit
By Sam Ramsden
The History Of Taylor Swift's "All Too Well" & What The Lyrics Actually Mean
By Jake Viswanath
All The Clues About Aly & Zach’s Relationship Status After 'The Bachelor'
By Brad Witter
Shaq Might've Spoiled His Relationship Status With Kirsten After 'MAFS'
By Brad Witter
Get Even More From Bustle — Sign Up For The Newsletter
From hair trends to relationship advice, our daily newsletter has everything you need to sound like a person who’s on TikTok, even if you aren’t.