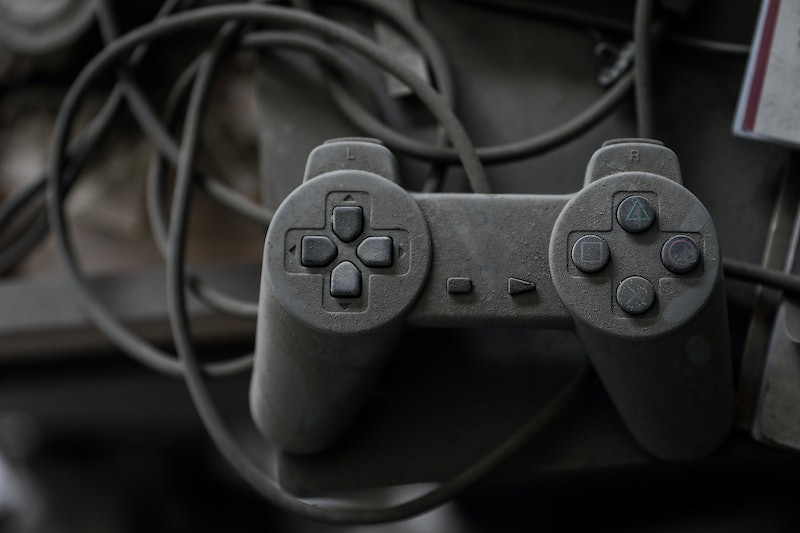 The train just keeps rolling along, huh? It's been weeks since the gaming community was first embroiled in a rich stew of controversy — #GamerGate, as it's called — and depending on who you ask, it's either a virtuous effort to enforce new standards of journalistic integrity or an overt expression of misogyny. And what side you come down on can cause a lot angst, with civil and uncivil arguments tearing through social media. As such, a primer might be helpful: What are some common #GamerGate arguments, and how should you respond?

I can't pretend I'm the most trained hand at this — a whole lot of people have been waging this rhetorical war longer and harder than I have. But even just by sitting back and watching, and taking a wide-lens view of the whole affair, it's easy to see how certain arguments being made by the gaming community don't add up — whether denying the origins of their movement, or responsibility for the misogyny that's churned out of it.

In the case of Zoe Quinn, this is flatly untrue. It was an avalanche of scrutiny of a personally invasive blog post, authored by her rankled ex-boyfriend, that touched off the firestorm that now calls itself #GamerGate.

You can tell this pretty easily, because the ostensible goals of #GamerGate — imposing stringent new standards on what constitutes corruption or conflict of interest in gaming journalism — spawned from the notion that Quinn had received preferential treatment by having sex with a reviewer. Basically, one of the oldest and most tired criticisms of professional women in the book — "she slept her way to the top!"

As for Sarkeesian, well, she's been in the gaming community's firing line for a whole lot longer than #GamerGate's been around, that's for sure. But in a very real sense, the months upon months of insane harassment, threats and vitriol she's received are an essential precursor to this new social media explosion.

The reason people jumped on Quinn's alleged infidelities the way they did was simple prurience, a thinly veiled hostility to tolerate the idea that women get to sleep around (or cheat, even), just like the roguish, daring male heroes of well-loved games.

Every spark needs some fuel to start burning in earnest. The sexist crusade that many gamers waged against Sarkeesian, casting her as a some sort of sinister, misandrist mastermind is essential context for how the gaming community primed itself to blow.

2. #GamerGate is About Journalistic Integrity

There could be a worthwhile conversation about how video games are covered — even though there seems to be a confusion of terms among many #GamerGate folks about reviewers vs. journalists. But if you're going to sign onto a cause, it's worth considering where that cause came from, why it's happening, and what that says about the comrades you're marching with.

So how did this journalism angle start? Basically, as a means to retroactively justify the community's conspicuously gross interest in Zoe Quinn's sex life and the subsequent slut-shaming that went on, various gamers began pushing the angle that gave rise to #GamerGate — that Quinn had slept with a Kotaku writer to get positive press for her indie game, Depression Quest.

Except the writer in question, Nathan Grayson, had never reviewed her game, or written about it in any detail. In other words, the inciting incident of #GamerGate was a red herring all along.

It was a simple exercise in sneering at a woman's sexuality, with a flimsy ethics excuse grafted on. This is demonstrated to near-perfection by the deeply lazy joke that's been circulating since her ex's blog came out — they call her "Burgers and Fries," because he claimed she slept with five guys. Get it?

This witch-hunt mentality has continued — freelance games writer Jenn Frank abandoned the industry last week, after being harassed for writing a pro-Quinn, pro-Sarkeesian article op-ed The Guardian. Gamers accused her of not having disclosed her associations with Quinn and Sarkeesian (she did, but it was so trifling that The Guardian didn't run her disclaimer).

But even after The Guardian clarified this point, the attacks didn't stop — because they weren't actually about ethics, so no logical explanation could stop them. Rather, it was about her voicing an opinion, in a high-profile forum, that many gamers didn't like. So, they kept badgering her until she decided it wasn't worth it anymore. That's probably what #GamerGate's legacy is going to be, if anything.

3. #GamerGate is Being Exploited by "Professional Victims"

This is maybe the most reflexive and odious trend visible when perusing the #GamerGate hashtag — the widespread suspicion, if not outright belief, that female victims of harassment are happy for the attention, or are even fabricating the threats against themselves. Tell me, does this sound like a woman who's happy about what she's gone through?

You can usually tell when this is going on, because it often comes paired inscrutable, MS Paint-style annotated screenshots laying out the conspiratorial logic.

There's a reflexive desire on display to believe that these women can't possibly be telling the truth, and must be constantly, calculatedly lying — because after all, Anita Sarkeesian produces measured videos about sexist tropes in some well-liked video games! So, she's basically a monster, and a target from the outset. This angle is expressed particularly vulgarly by at least one prominent YouTube pseudo-intellectual named Thunderf00t, whose admirers seem willing to parrot his line.

In short, if you're arguing that women like Sarkeesian are inciting or outright fabricating this kind of abuse, you'd better have some damn compelling evidence. And unfortunately, half-baked conspiracy theories and YouTubers yelling "bullshit" doesn't rise to the occasion.

4. Critics of #GamerGate are Using Women and Minorities as Shields

If you've been following #GamerGate at all closely, you've probably seen its sister hashtag, #NotYourShield. The idea behind #NotYourShield is to highlight women and minority gamers who also support #GamerGate's message about journalistic integrity, to diffuse and combat the narrative that there's an inherent sexism at play.

You probably already sense the irony, right? In the first place, the idea that being a woman inherently prevents you from internalizing sexist beliefs is flawed, just like the idea that belonging to a racial minority community immunizes you from racial bias. To the end that #GamerGate wants to use it, #NotYourShield is basically a big non-sequitur.

But even further, it's being used in precisely the way it ostensibly tries to criticize — #NotYourShield is, in fact, being used as a shield, with gamers throwing it up to try to deflect accusations that sexism may play a role in all this. In other words, it's become a self-refuting premise.