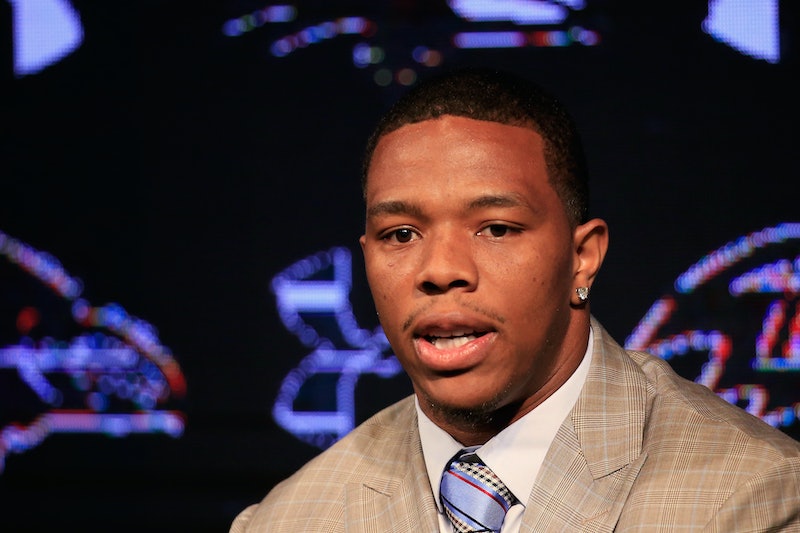 Well, here's a sentence I thought I would never have to type: domestic abuse is not funny. But just as with any news ever, the Internet has found a way to make Ray Rice's contract termination with the Ravens well and truly awful. Rice was terminated and indefinitely suspended from the NFL after TMZ released a video of him hitting his then-fiancée Janay Palmer and knocking her unconscious. In some sick (and hopefully small) circles, this is apparently a news that is worthy of a "funny" tweet. The worst of it all is the horrifyingly active hashtag #beatsbyray, which was temporarily trending.

And yeah, that's exactly what it sounds like. There's nothing like turning a slogan for a popular headphone brand into a humorous hashtag ultimately condoning and mocking domestic violence, amiright? God, I really, really hate the Internet. The only thing worse than the Internet, perhaps, is Fox & Friends, but only by virtue of being a larger collective evil.

Thankfully, there are people contributing to the conversation to let people know how extremely inappropriate their comments are, but the fact that needs to be said is enough to turn anyone's stomach. In short, here are some people you should never, ever follow on Twitter.

Yes, you clever assholes. I bet that the 1.3 million victims of domestic violence this year thought that this meme was hilarious. There were still some comedians even outside of that hashtag:

I'll make up your minds for you: NEITHER WAS FUNNY.

Where's the off button for the Internet?