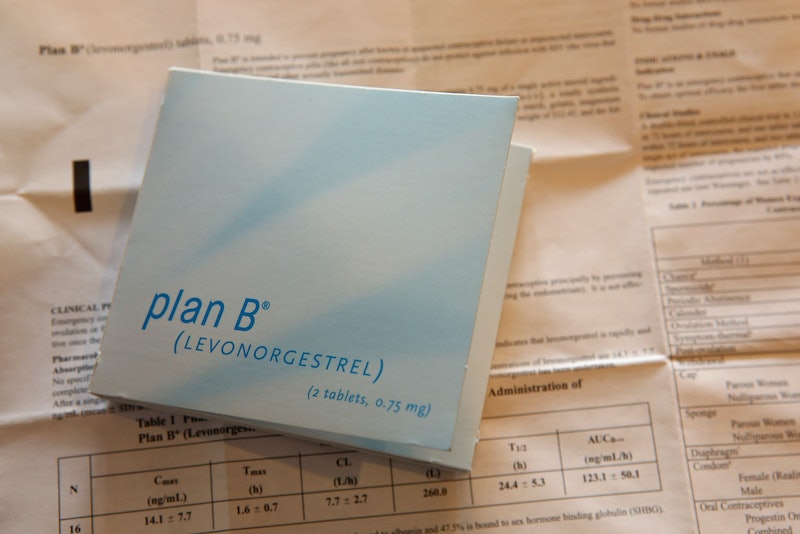 Today, in news that actually makes sense: An Oklahoma judge blocked a new state law Monday that would have set age restrictions on who can buy morning-after birth control pills. After the federal government lifted restrictions on the purchase of emergency contraceptives this June, the Oklahoma Legislature passed a law requiring purchasers age 17 and younger to have a prescription for the pill.

The Center for Reproductive Rights in New York sued on behalf of the Oklahoma Coalition for Reproductive Justice, and Jo Ann Mangili, the mother of a teenaged girl, to reverse the state law. According to David Brown, a staff lawyer at the center, the law "would have essentially reimposed" the federal restrictions.

Judge Lisa Davis of Oklahoma County issued a temporary order blocking the enforcement of the law until the case is decided.

“We’re disappointed the judge prevented the law from going into effect, said Diane Clay, spokeswoman for the state attorney general, E. Scott Pruitt. “The law simply keeps requirements the same as they have been for more than a decade, requiring those under age 17 to have a prescription to buy Plan B emergency contraceptives.”

Well, yes, except federal statutes that contradict Oklahoma law had not been place for the last decade plus.

As a Pacific Standard study shows, easy access to the morning after pill does not encourage teenaged girls to have unprotected sex. Plan B is exactly what its name suggests to teenagers, just as it is to adults: Not their first course of birth control, but an emergency method. Easier access to morning after birth control means fewer unplanned pregnancies, and allows teen girls to privately and independently make important choices about their own bodies and lives.

The ruling in Oklahoma comes at the same time as news that women still don't have the access to the morning after pill — which is supposed to be out from behind pharmacy counters — that they should. Some pharmacies are saying they are worried about the pill getting shoplifted. (It costs a whopping $40 to $50.) Confusion about the new policy also plays a part.

"Because of political interference with Plan B, we have major confusion about who can purchase it and whether these products are safe," Jessica Arons, the president of the Reproductive Health Technologies Project, told Jezebel. Not good.