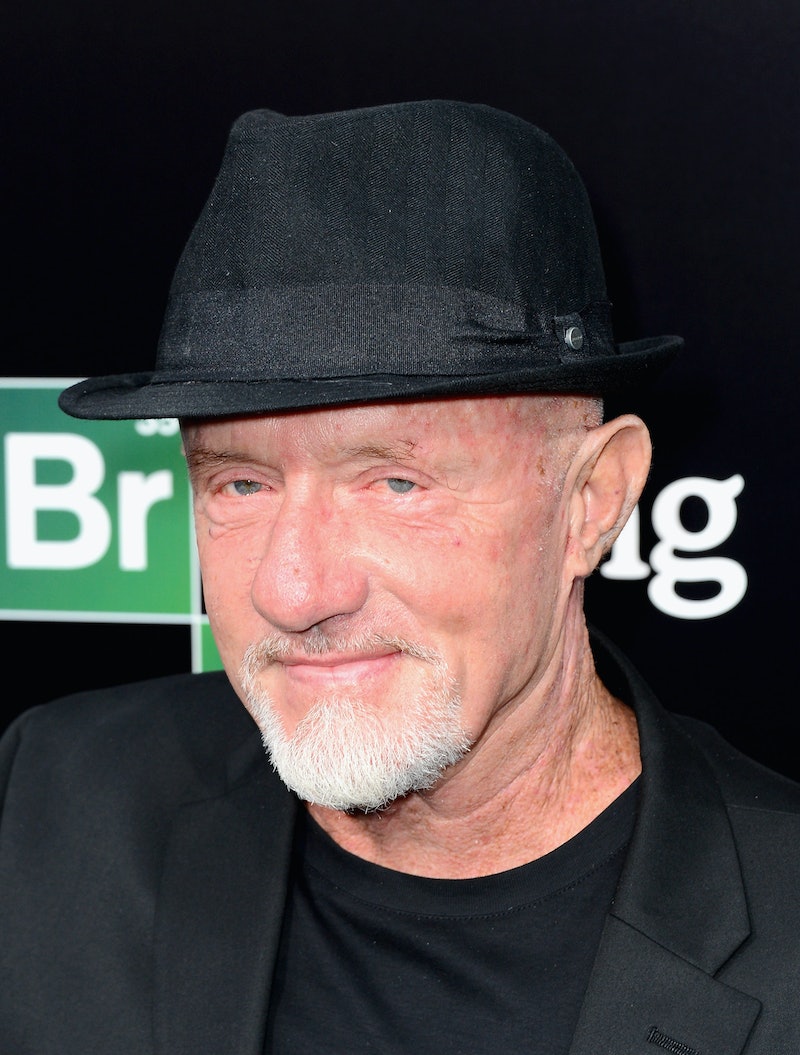 Most people are familiar with Bryan Cranston's earlier days: before he played Breaking Bad's crystal meth dealer/gradually worsening human Walter White, he was Frankie Muniz's fumbling dad on Malcolm in the Middle. It turns out, though, he's not the only actor on AMC's award-winning drama with a comedic side. Emmy-nominated Jonathan Banks will join NBC's Community in its upcoming fifth season— currently, he plays ex-cop and hitman Mike Ehrmantraut on Breaking Bad.

But this isn't exactly Banks' first foray into comedy. Fans might recall his recent guest appearances on shows like Parks and Recreation, Modern Family and Two and a Half Men, but his resume goes back, way back, into the comedy chambers of yore.

Banks has had roles in comedies since his career started in the '70s. Nothing special, just little films like Airplane and Beverly Hills Cop. Yeah, two of the best comedies of all time. Plus he was in the classic kids' movies Gremlins and Crocodile Dundee in Los Angeles. No big deal.

Banks definitely gives Cranston a run for his money as the secretly-funniest of the Breaking Bad cast, but let's see if anyone else has a shot at the title. Aaron Paul was in Van Wilder and of course that The Price is Right episode, while Dean Norris appeared in Little Miss Sunshine, Evan Almighty and Key & Peele. Neither of the women of Breaking Bad have had much comedic experience, but Betsy Brandt will star on NBC's upcoming The Michael J. Fox Show. (We won't even let Bob Odenkirk into the conversation because as a comedian first and foremost, he's been disqualified.)

Maybe the best way to determine who is the funniest cast member is to re-do Breaking Bad as a comedy when the series ends. There are plenty of laughs to get out of crystal meth, lung cancer, and the DEA right? If anyone can find them, it'd be Cranston and Banks.

Or just Cranston, because, I mean: