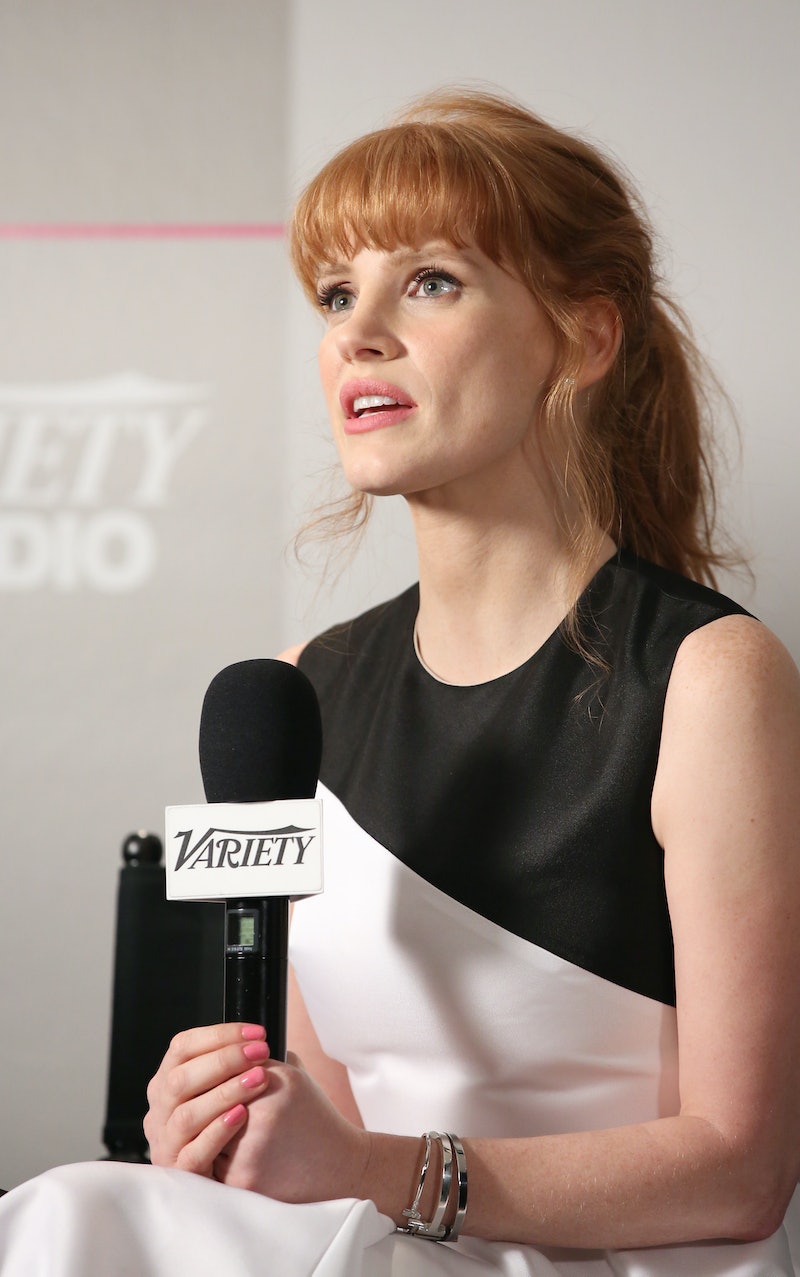 Is there a way to give Jessica Chastain the job of CEO of female representation in cinema? Can we create a way for that job to exist for her? It just seems like she'd rock that. No one loves women in cinema like Jessica Chastain loves women in cinema. And now Chastain's talking about her specific requirements should she ever again be in the position to be a female superhero. Listen to her, Hollywood. I'm looking at you, Kevin Feige.

Chastain referenced her desire to star in a superhero movie in an interview with The Guardian:

I would love to do a superhero movie!. I would have loved to have played Black Widow.

Oh my god, that sounds so fucking cool. Remember when Jessica Chastain was such a terrific badass in Zero Dark Thirty that she got an Oscar nomination? What if they had her channel that energy to play, hmm, I don't know, just off the top of my head, Captain Marvel? Internet fave fancast Katee Sackhoff's all but confirmed her as Captain Marvel's not gonna happen, and c'mon, Chastain's a pretty amazing candidate to play the character. She doesn't have a scar on her face, sure, but we might be able to convince her it's worth her while.

And if she's not Captain Marvel, can we all just agree that Jessica Chastain needs to play a superhero? Soon? Really soon? Preferably yesterday. As she put it re: A Black Widow movie, "I don’t understand it, why is it taking so long for this?"

I feel you, Jessica. We should get coffee and talk about lady heroes.