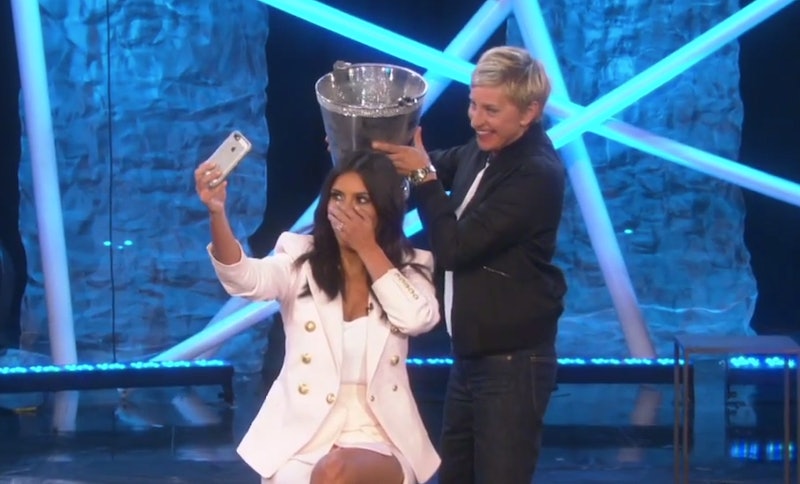 It's finally happened, you guys. Finally. Sarah Jessica Parker nominated Kim Kardashian for the Ice Bucket Challenge, like, a month ago (okay, so it was only three weeks ago) and Kardashian was oddly silent on the subject. Where was the video? Where was her response to the challenge? Was she just going to ignore it and be one of the many, many celebrities who excluded themselves from participation in the latest craze (for a good cause) that was hitting Hollywood? Turns out that, in true Kardashian style, she was just setting the scene. Kardashian did the ice bucket challenge on The Ellen Show and here's how she made it wholly and completely a Kim Kardashian thing.

Kardashian did it for a good cause (and for the Instagram hits), so now we can finally cross her off the list of celebrities who have let their nominations go unanswered. Check out the video below.