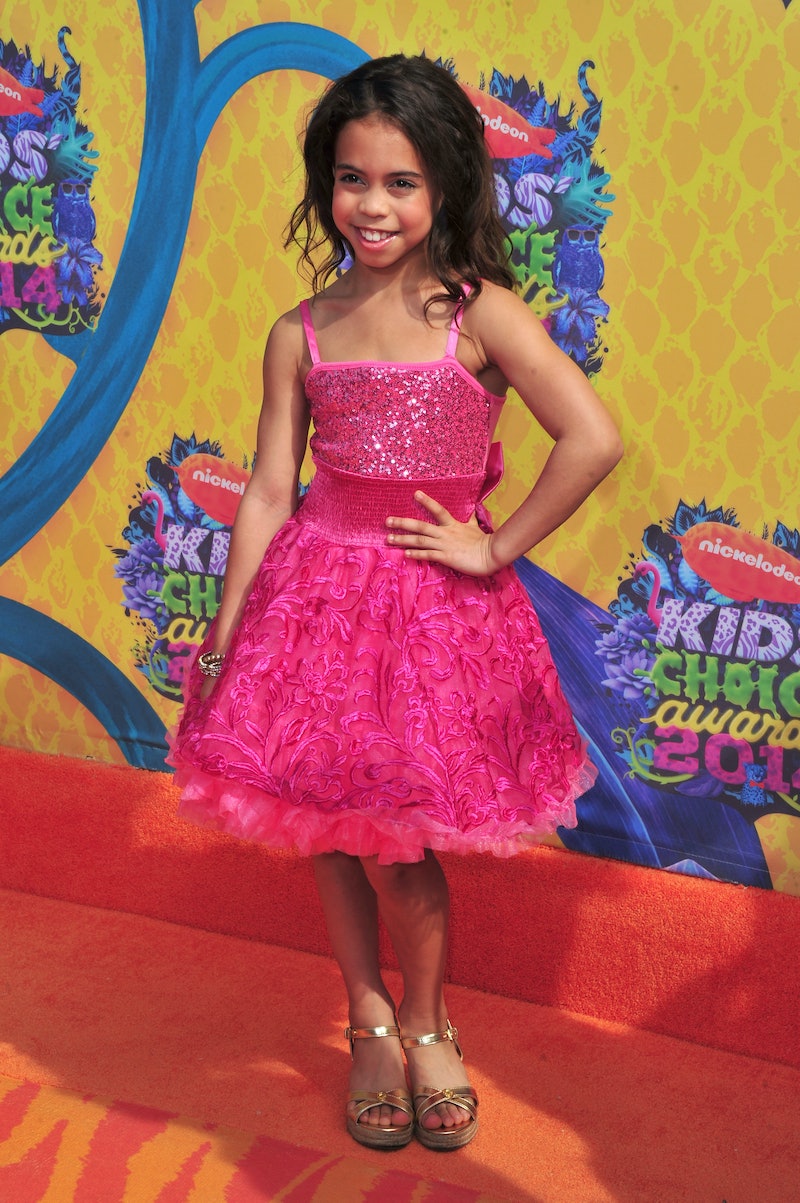 Aug. 9 marked the series premiere of Lifetime's Raising Asia and it seems pint-sized dance prodigy Asia Monet Ray has finally come full circle. Her performance at Universal CityWalk is what the entire season of this show has been building up to. The fights, the drama, the tension, and the tears have all been for this moment. All of the regulars were there, of course. Asia's parents Shawn and Kristie Ray were there to cheer her on, as was her younger sister, Bella Blu, who watched the show from the front row. Asia's manager Billy Hufsey and choreographer Anthony Burrell were also there to lend their support. The Universal CityWalk space was jam packed with fans, some of whom were even wearing T-shirts with Asia's face on them.

I tried to jump the gun and guess which song she would perform first. I assumed it'd be either "Move Something" or "Getup 2 Get Down," but we've already seen a performance of the latter at Asia's Las Vegas performance. Either way, I was wrong! It turned out her song "Go Back" was chosen. It isn't as upbeat as some of Asia's other songs, but strategically it was a strong choice because it allowed her to do some harder choreography and a little crowd work without being out of breath.

Let's start from the beginning of the performance.

The sequined black and gold cape opened up to reveal a crop top and high-waisted shorts with large shoulder detailing. The purple and gold really helped her to stand out on the stage. Overall, a solid choice.

There were four backup dancers and three backup singers. Asia's costume was super bright and attention-grabbing — as well as the fact that the dancers were larger than her, so she was always the focal point — so no matter where she was on stage, your eye was always drawn to her.

Anthony gave us some fierce choreography to accompany this performance and Asia was absolutely on point. From the turns, to the spins, to the hard points, she hit everything hard and nailed it.

You'll have to watch for yourself to see what you think of the entire performance, but I think Asia did extremely well. This has been a rough season for everyone in her life. From the adjustment of her father Shawn becoming more involved with her career, to not being able to spend time with her sister, to the immense amount of pressure being put on her, Asia has handled everything well for someone her age. She's actually handled it well for someone even my age, because I can guarantee I'd be exhausted and massaging my calves after just two minutes of that intense choreography.

The show may be over, but for Asia, this is just the beginning.