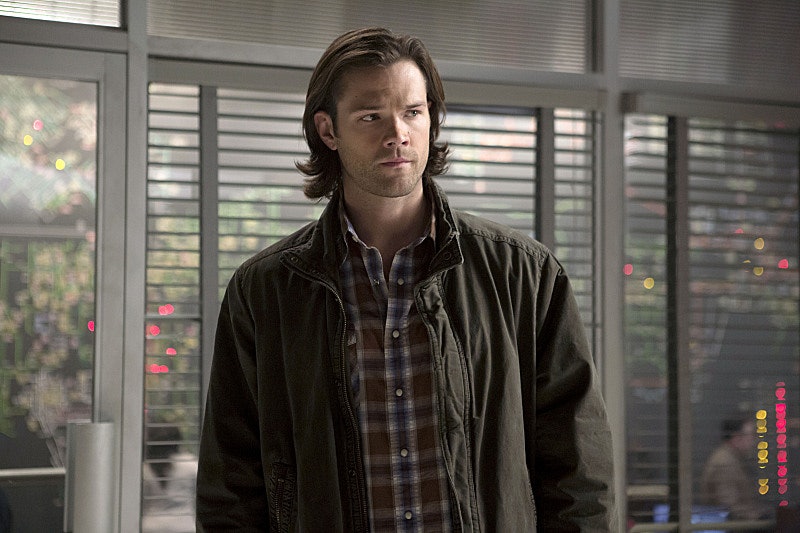 While fans already knew that Dean will be a demon in Supernatural 's upcoming Season 10, it turns out that Sam might channel some demonic characteristics of his own when the series returns. In the Season 9 finale, Dean became a demon after getting mortally wounded by Metatron. Considering Sam still has no idea what happened to his big brother, obviously he's going to search to the ends of the Earth to find him. But producer and showrunner Jeremy Carver told TVLine that Sam will do some "questionable things that will make him, and certainly the audience, wonder which one of these guys is the true monster."

To be honest, while this news is upsetting, it's not all that surprising. Sam has done quite a few "questionable things" in the past, all in the name of saving lives. I mean, he said yes to Lucifer overtaking his body thinking that it was the only option left to save as many lives as possible, even though the end result of a fight between Michael and Lucifer would have led to millions of lives being lost. But let's put that aside. When Sam had no soul, he allowed a vampire to turn Dean into a vampire basically to see what would happen. That's not cool. There's also, of course, that time Sam drank demon blood to strengthen his powers, which led to Ruby manipulating him and Sam unknowingly breaking the last seal to let Lucifer out of his cage. And let's not forget Sam's most questionable move: his ever-growing hair.

But what questionable moves can we expect from the young Winchester as he searches for Demon Dean? It seems likely that Sam will be calling out to Castiel for help and the two will launch a worldwide search. But Sam will most likely take a more active approach to finding Dean since Castiel will be busy dealing with trying to get his grace back. So that may require Sam to hunt down angels and demons who have potentially seen him and question them for information. Maybe he would even torture them for answers?

Supernatural is introducing a new character named Cole who is also looking for Dean, but we don't know why he's after the newly demonic Winchester brother. Apparently Sam will have a run in with Cole while the new hunter searches for Dean and judging by the photo below, things are not looking good for Sam. Maybe one of the questionable things Sam does is kill Cole in the process of escaping and find out what he knows about Dean's location. As much as it pains me to suggest one of the Winchesters will kill a (relatively) innocent person, I wouldn't put it past Sam if it meant staying alive and finding Dean.

I'm a little worried about how dangerous Sam will be in his search for Dean, especially since he does not yet know that his brother is a demon. When he does find out, Sam will probably go too far, yet again, to help his brother get back his humanity. I think we're looking at a season filled with Sam Winchester taking things too far for the sake of his brother. The Winchester vicious cycle continues. What does it mean when the humans are the most monstrous creatures in Supernatural? It looks like we might find out this season.