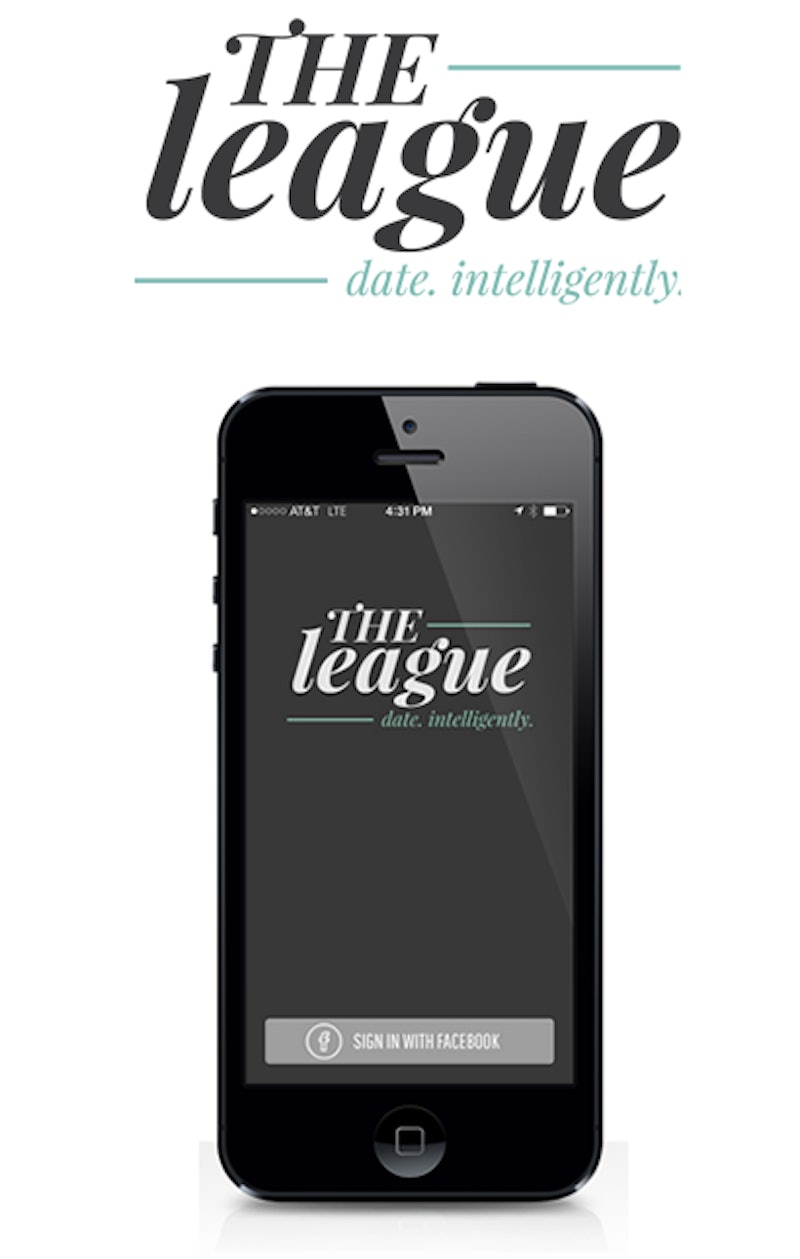 “Are you in?” taunts the website for The League, a new elitist dating app. The app, which will launch soon, claims to cull the top 20 percent most attractive daters of Tinder, curing the bourgeois dating woes of snobs everywhere.

Was it your philanthropic contributions or your impressive college sports career? Your killer smile or your east coast private education? That big-shot CEO that you’re friends with on Facebook or the fact that you’re one of the few singer-songwriters in San Francisco and the odds were just in your favor?...While you don’t know exactly what got you in, you do know that the best things in life are the most selective.

Uhhh... OK? The app also promises certain features that will separate it from the others and keep their dating pool highly desirable. The app will hide your profile from friends and business connections so that you can "prowl" without the whole world knowing, and it supposedly screens every user so that you won’t come across any fakes. The League will also only match you with people who fit all of your "ultra-specific" preferences, eliminating voyeurs and extra noise. And, of course, to keep out the hoi polloi, “an advanced screening algorithm keeps [the] community well-balanced and high-quality." Hundreds of people have already signed up for the app waiting list, which is currently only open in New York and San Francisco.

Designed by Stanford Graduate School of Business alum Amanda Bradford, The League has a website that claims the app “was designed for people who hate dating apps, by people who hate dating apps,” which leads me to question why she created a dating app at all. There are already a few dating apps out there that aim to cater to more selective users. The Wyldefire dating app’s mission is to create a "creep-free’"experience by only allowing men to join if a woman in the app’s community invites them. And Sparkology, a luxury dating site, only allows men who are graduates of top universities to join. The allure of The League app is that it has emphasized its exclusivity for both men and women, ensuring that millennials with inflated egos (and minor success as singer-songwriters in San Francisco) will flock to it.

So have fun with that. I'll stick to meeting men at bars.