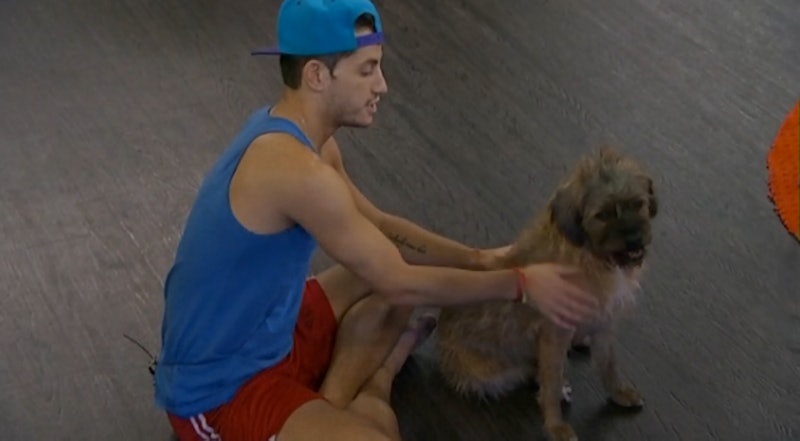 Watching the houseguests interact with Izzy is actually refreshing to see. They've clearly forgotten about the game and are acting like normal humans with a cute dog and not backstabbing game players. Then I got to thinking, what would each of the houseguests' spirit dogs be? Parks and Rec had an episode in which April found each Parks and Rec employees' spirit dog through a bunch of rescue dogs she was working to help, so I thought, why not do the same for the Big Brother houseguests? I present to you, Big Brother Barks houseguests, in all of their furry, cuddly, glory.

Cody as a Golden Retriever

Attractive, eager to please, loves to be pet by others... See you don't even know which one I am referring to, do you?

Victoria as a Shih Tzu

A Shih Tzu's long hair is definitely one of its most well known features. The long coat requires daily maintenance and attention, which is why Victoria spends so much time in front of the mirror.

Derrick as a Rottweiler

Rottweilers are happiest when they have a job to perform, which is evident through Derrick's eager attitude with Team America. They are extremely smart, have a "wait-and-see attitude", and are often used in conjunction with the police force, all of which are characteristics of Derrick.

Caleb as an English Bulldog

English Bulldogs are loyal and despite their exterior, they really just want to be lap dogs — ahem, Amber. The history of the bulldog comes from England where they would fight, so they used to be ferocious, but through time have shown they're actually lovable.

Frankie as a hairless cat