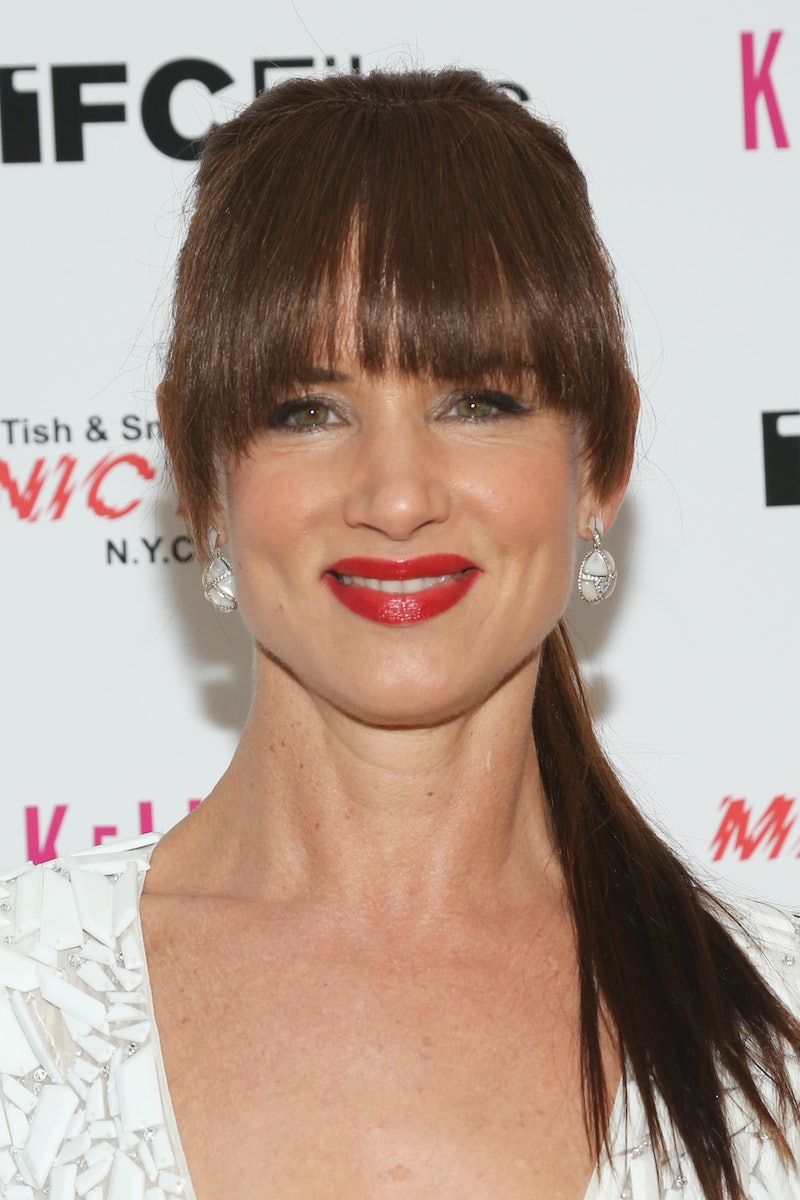 Thought one of Brad Pitt's exes would be crying over his wedding to Angelina Jolie? Don't jump to conclusions so quickly. Refinery 29 has pointed out that Juliette Lewis's response to the Brangelina wedding is far from negative — in fact, she said it was "awesome," and that's "awesome."

But what's really cool is how Lewis pointed out how silly it was that a Huffington Post Live host was asking her about Pitt in the first place, as she said:

[...] But yes, he did get married, and how awesome is that? [...] What do you want from me? This is always how I answer these questions...Do you want to talk about Rodney Rozene, my seventh-grade crush?

You want to give her a high five, right? It's awesome to see how the Kelly and Cal star shrugs off dating Brad Pitt and puts him on the same level as a middle school crush. Second of all, she inadvertently points out that it's kinda ludicrous for interviewers to be fixated on her opinions about the Brangelina wedding when she's trying to promote a new movie. Third of all, she's happy for Brad. Juliette Lewis is an all-around cool lady.

Not to mention, her dirt-off-her-shoulders sentiment is inspiring for anyone who's ever mourned an ex — and let's face it, we've all been there. Lewis's attitude is a reminder to women that an ex is history, and that we should shrug one off as we would shrug off our middle school crushes. Think about it: when was the last time you pined for that seventh grade crush of yours? Not in awhile, right? Braces and mid-puberty voices sort of lose their charm once you hit fifteen. (But memo to Rodney Rozene: did you even know Juliette Lewis had a thing for you in the seventh grade?! Someone's shaking his head now...)