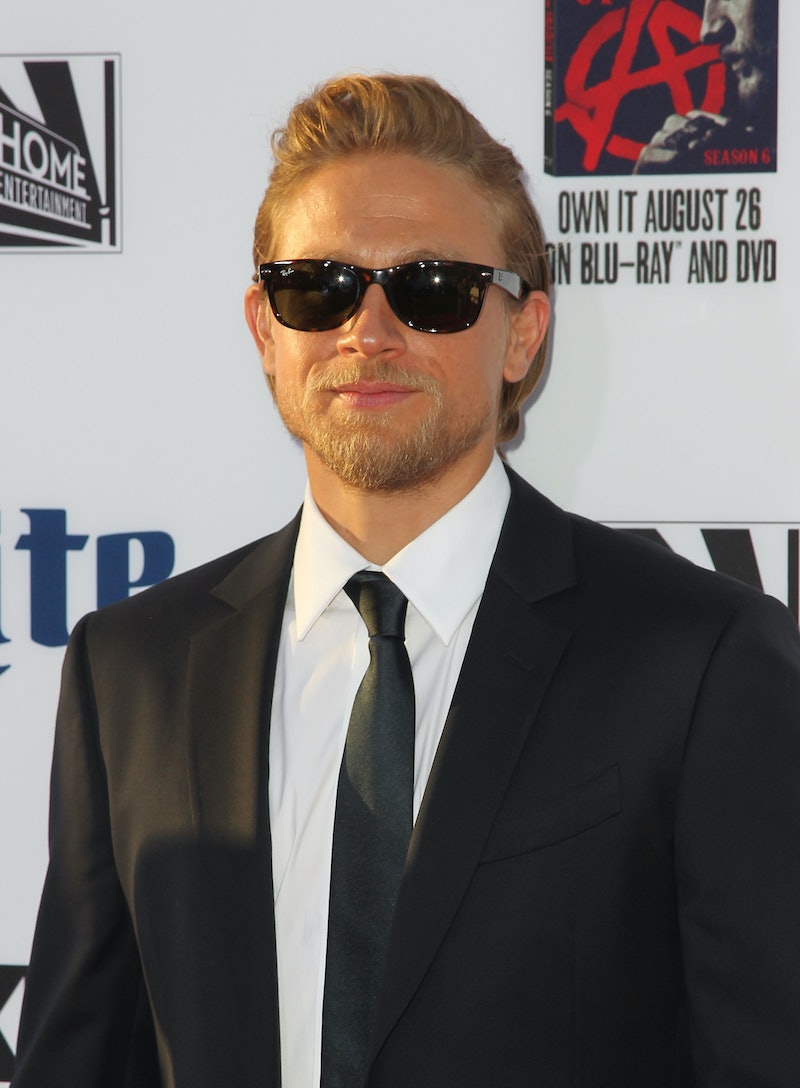 Filming crazy S&M scenes can be super, super stressful, so are we surprised that Charlie Hunnam is claiming that he abandoned the ultimate cinematic project, Fifty Shades of Grey , because he had a nervous breakdown? In one of the most dramatic articles as of late (read it aloud!), Hunnam explained to Moviefone how his tryst with Fifty Shades came to an end. Like the project he abandoned, it began with intrigue:

I wouldn't have signed up in the first place if I didn't want to do it [...] It was a really, really difficult time in my life.

Sounds more like a defense mechanism there, but Hunnam does want us to know he loved the project! He was going to treat the role as a Serious Act-or!

And then I just fell in love, creatively [...] I started talking about this thing and I just got so excited. I fell in love with the character and started seeing him and becoming intoxicated, which is the way I work: I find a character I love and I start thinking about it all the time.

Apparently, he just had too much going on. But wait! There's more emotion behind it all!

I just said, 'I can't ... I can't ...[...] To fail on such a grand scale - because Fifty's going to be massive, it's going to be huge. I really didn't want to fail on such a grand scale and I just couldn't transition from Jax Teller to Christian Grey in 48 hours. I bit off more than I could chew and it was painful. I loved the character and I wanted to do it [...] It was just a shit situation [...] I was really, really, sorry to do it. It was one of those damned if you do, damned if you don't situations.

Christian Grey is just too challenging of a role! He is pained! Pained, I tell you! He's crying his eyes out!