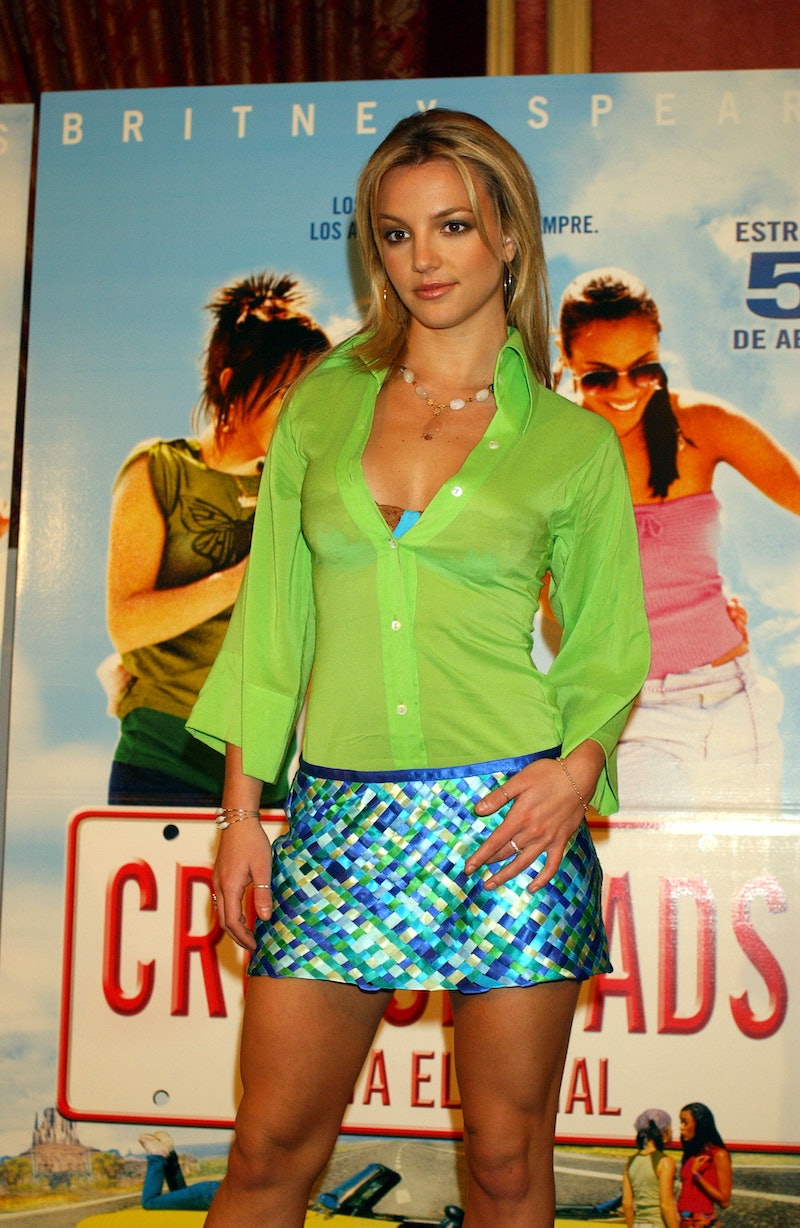 Who would've thought that such big stars would've come out of Crossroads ? When the movie came out in 2002, it was simply an acting vehicle for pop star Britney Spears. But 12 years later, many of the film's cast and crew have practically surpassed Spears' stardom. Zoe Saldana is starring in huge blockbusters like Guardians of the Galaxy and Avatar, while Taryn Manning plays the famous Pennsatucky in the critically acclaimed Netflix series Orange Is the New Black. And the film's writer was none other than Shonda Rhimes, creator of popular shows like Grey's Anatomy and Scandal.

So it seems strange now that two of the film's stars would unknowingly cross paths in their own journeys. Britney Spears was photographed walking just behind Zoe Saldana in the Los Angeles airport yesterday. Although the two don't seem to cross paths a lot now, Saldana had only the highest praises for Spears when she recently got flack for her leaked unedited vocals.

"I have a huge amount of respect for Britney Spears. And I've always said this, and I will always continue to say it: She was the one big, big celebrity that I met when I was starting to work in Hollywood who was humble, and whatever was going on in her mind or in her world, it was never about hating her neighbor. She was the only pop star at that time -- and I can name a lot of prominent figures right now that today are more famous than Britney that literally got to where they're at by hating on Britney a lot. Because it was cool at one time to really just diss her. And Britney never did that."

So while both women are at completely different places in their career now, they'll always have Crossroads...