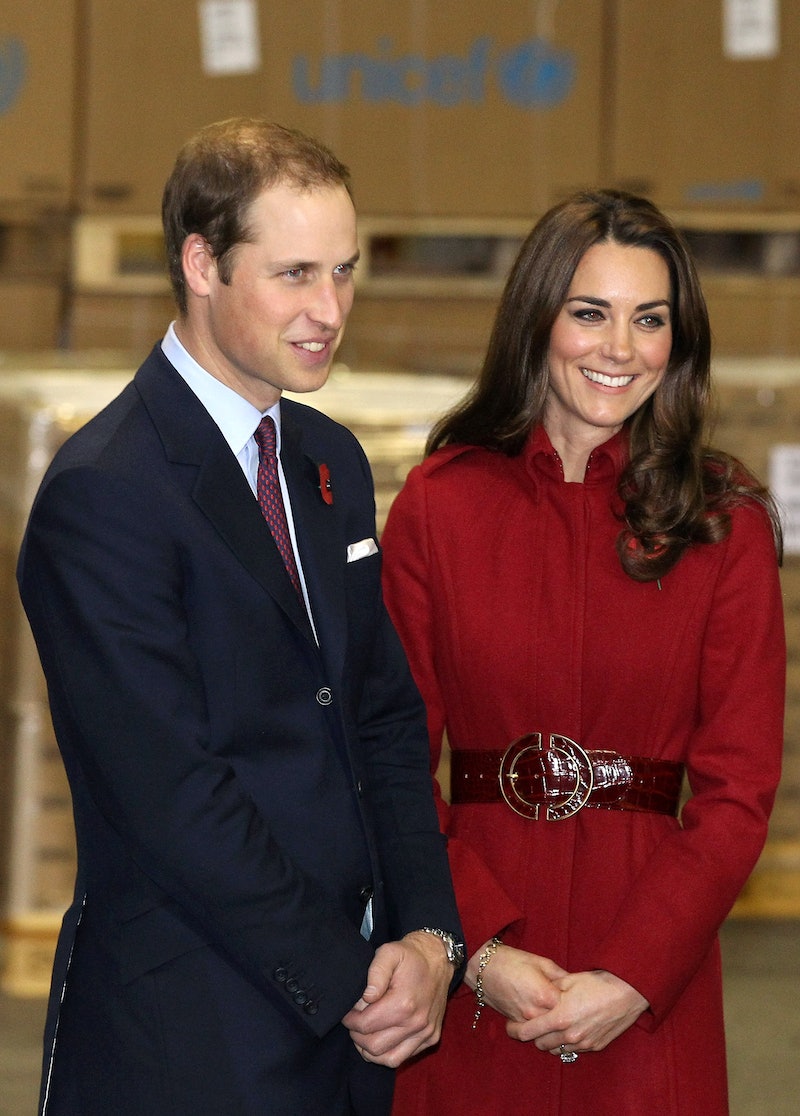 Royals: They're just like us... in the sense that they find out about Kate Middleton's pregnancy the same time as the rest of the world. According to reports, the Duke and Duchess of Cambridge only broke the news to their families about royal baby No. 2 this past weekend — a day before the entire world found out. On the one hand, it's cool that we peasants get to celebrate the joyous news basically the same time as William and Kate's families. But on the other, this poor woman! This is the second time her hyperemesis gravidarum — aka super terrible, god-awful, round-the-clock morning sickness — has made her spill the beans before the first trimester is over, which typically isn't what doctors recommend.

I'm guessing the reason William and Kate decided to come clean with everyone is because, originally, she was slotted to attend Monday's engagement at St. Hugh's College with her husband. If she simply didn't show up, eyebrows would have been raised, and more likely than not, speculation about her being pregnant for the second time would have started (again). They basically didn't have a choice. They had to tell everyone — their families and the world — on the earlier side, all because of the dang morning sickness. Sure, she's rich, beautiful, and married to a prince, but it's kind of hard not to feel bad for the woman in this case. According to insiders, she's only about eight weeks along right now — that's really not very far. To have to tell people now must be a little unsettling.