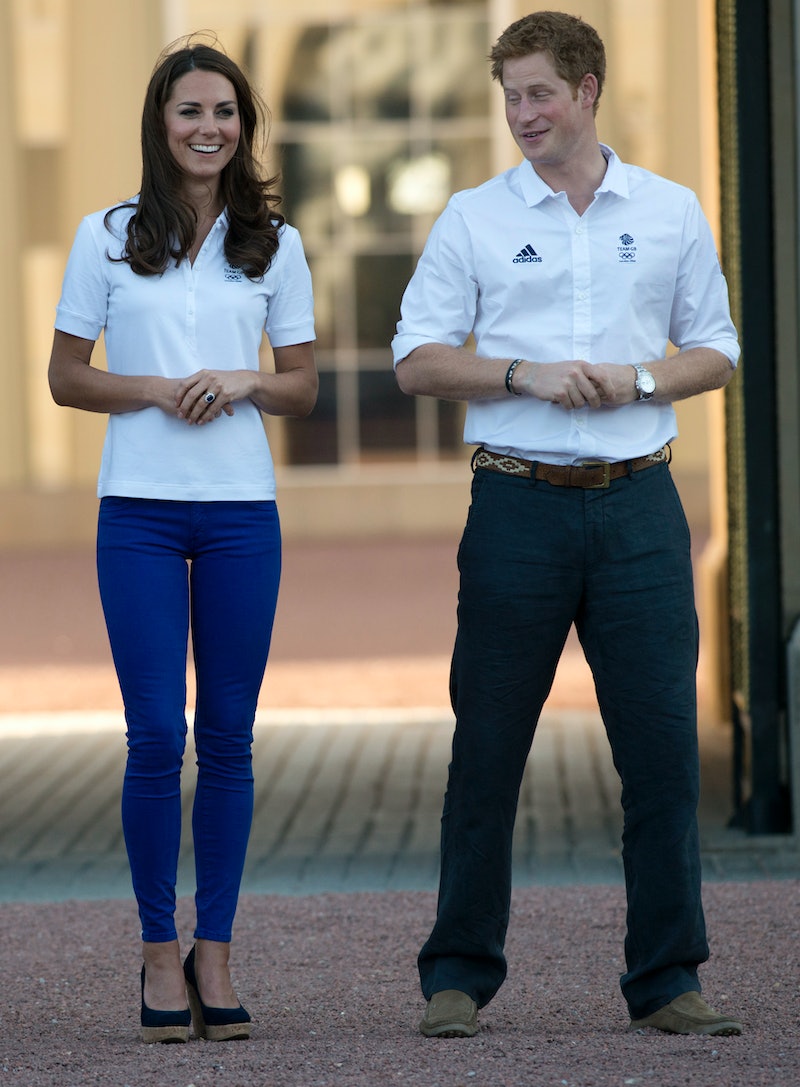 Now that the news of Kate Middleton being pregnant is officially, well, news, quotes and well-wishes from all the royal family members are starting to trickle in. First up? Prince Harry, everyone's not-so-secret favorite royal, saying that he can't wait to see his older brother, Prince William, suffer more. The sleepless nights, the tantrums, the dirty diapers — yep, Harry thinks it's all one big hoot since, you know, he doesn't have to deal with it himself.

At the Invictus Games in London on Monday, Kate Middleton's brother-in-law told reporters, “I can’t wait to see my brother suffer more. If it’s a girl, he’ll suffer even more. I’d love to see him try and cope with that.” Harry was obviously joking (he's a rascal!) and he wished the Duchess a speedy recovery from her acute morning sickness — but this isn't the first time he's poked fun at Prince William's hectic new life as a parent. And this, of course, is giving William great ammo for when Harry eventually becomes a dad. It's all fun and games until you have a baby.

When Prince George was born last year, Harry was, naturally, ecstatic to be an uncle, but he also got his share of jovial digs in to the media when talking about his brother and sweet nephew. "I only hope he knows how expensive my babysitting charges are," he quipped to a few reporters at one point. He also compared his baby nephew to Britain's former (no, former) prime minister, saying, "[George] is walking and he has big, chubby cheeks. He looks like a young Winston Churchill."

Harry is obviously just kidding around, razzing his brother a bit, as that's what brothers do, but he might want to ease up on the jokes a bit. Because when he becomes a father, and Prince George and his sibling are sleeping peacefully through the night, Prince William is going to have a boatload of jokes to lob his way. Who'll be laughing then?