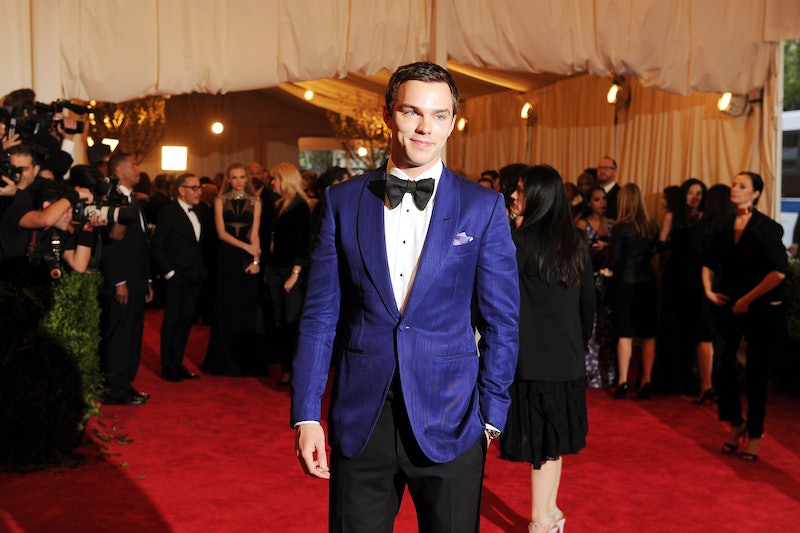 The two bonded while starring in the upcoming sci-fi love story Equals together, which tells the story of a couple who fall in love in a world where emotions have been completely eradicated. While working in this world, Hoult and Stewart apparently fell into friendship. And super fun frienship, by the looks of it, which is the perfect way for Hoult to ease the burn of J. Law's supposed romance with Coldplay frontman Chris Martin. Yikes.

Stewart knew the perfect way to get Hoult back into good spirits, and it obviously involved the MegaZip Adventure Park on Sentosa Island in Singapore. (What? You've never been there after a breakup?) They zip-lined and go-karted all of their famous people cares away, and kindly stopped for pictures with fans. Whoa, wait a second — K. Stew was posing for pictures? And (kind of) smiling with fans? And she wasn't being held at gunpoint?! Clearly this friendship is exactly what the two of them needed, and when I really start to think about it, they aren't so odd of a match after all.

They can bond over being child actors

Hoult starred alongside Hugh Grant in About a Boy, and Stewart was killer in Panic Room with Jodie Foster.

They're both super chill

While Hoult got a lot of media attention for his relationship with Lawrence, and Stewart was a constant tabloid star during her Twilight days, neither seem to be spotlight hogs. They were zip-lining and go-karting in Singapore, not clubbing in Beverly Hills.

No, really, that's probably what they do — talk about all the pressure that's involved in having their romantic relationships as fodder for entire, obsessive fandoms. Since Stewart has already gone through it with ex Robert Pattinson thanks to Twilight mania, she's sure to have a whole treasure trove of relationship wisdom for Hoult.

Do you think they'll get matching friendship bracelets? Or maybe those necklaces that have half a heart on each? IT WOULD BE CUTE, OK? Here's to more adrenaline-pumping adventures, you two!