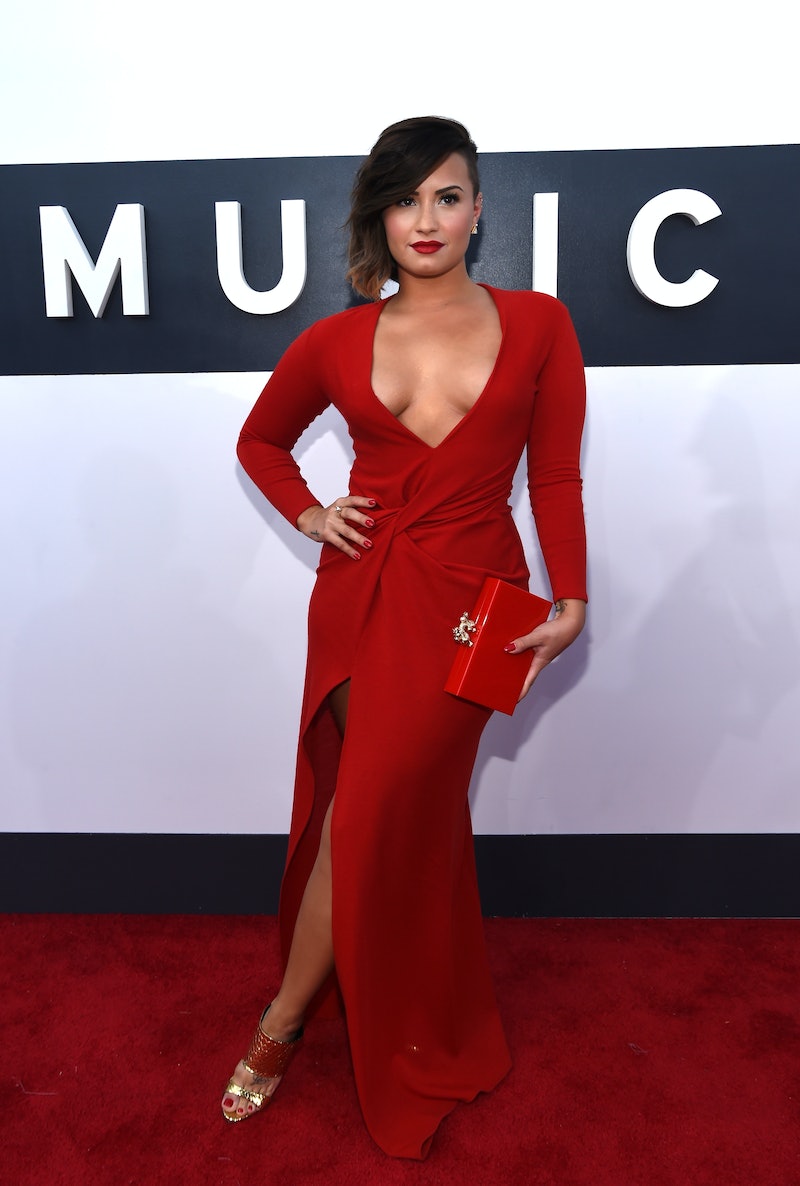 Do you love free music, but have a fear that one day The Government — with a capital "G" — will come knocking down your door arresting you for piracy? Yeah, me too... that's why I am thankful that I am still hooked up to my parents' iTunes account. For those of you in a similar position as me, Demi Lovato is doing us a huge favor this week by allowing fans to download her self-titled album Demi for free on Google Play.

Lovato met with Buzzfeed on Tuesday, and told them that her free album was "a way to show fans how thankful I am for their support." You are probably thinking, "OMG, that is soooo nice of her! I support her, she does this for me; she's the best! But wait, isn't that album from over a year ago? Didn't I already pay for that album?". Yes, yes you did. While I know Lovato has the best intentions for making her album free, isn't it weird that she is saying it is "for fans" when her fans most likely paid $9.99 or more on iTunes or another music source back in May 2013 when it came out?. Either way, free music is free music, so go along and download the free music. Did I say it was free?

And downloading the album (for free) has its added perks. First of all, you're being a total Lovatic for redownloading her music, and she would love you for that. Secondly, the Google Play album has a special studio version of Ed Sheeran's "Give Me Love", which if you've seen Lovato live in 2014, she has been performing.

But don't wait around to download the album, because it is only available for free download for one week starting Tuesday, September 9. You can download it here, with a Google Play account (which requires a payment method on file, just an FYI).