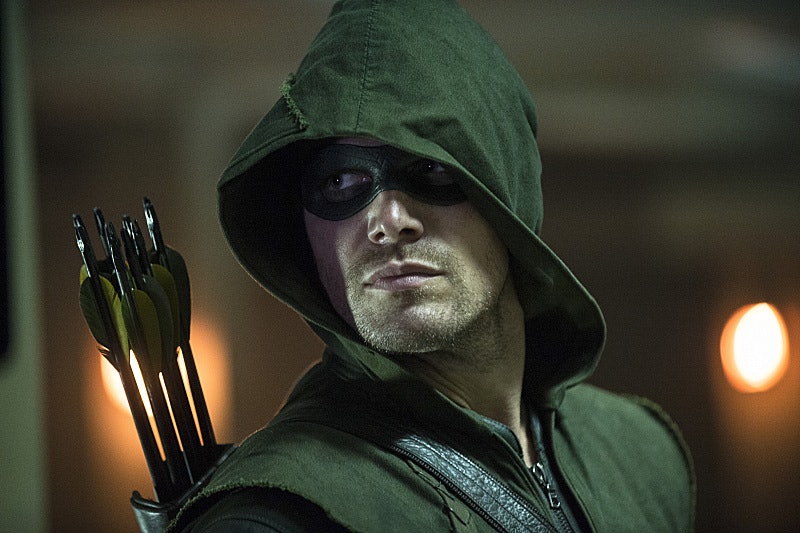 Now that Labor Day is a thing of the past and September is officially underway, it’s time to embrace the glorious return of fall TV! Yes, that’s right my friends — the wait is almost over. After months and months of going cold turkey, fans will finally be able to see what the new season has in store for each of their favorite television shows. I know Arrow Season 3, in particular, has especially peaked my interest what with some suggestions of an Olicity romance as well as a badass Thea and Laurel. (Girl power!) So by my calculations, it appears Arrow’s third season is aiming to be the best one yet. (Gotta love a good archery reference.)

However, there’s always the chance that some of you are not — like me — constantly glued to your television screens and have yet to see Seasons 1 and/or 2 in their entirety. But fear not my fellow Arrow-ians (Arrow-ites?) for there’s still time for you to catch up before Season 3’s grand debut on Oct. 8. So whether you’re a few episodes or even — dare I say — an entire season behind, here’s how you can go about watching the series with a little help from the world wide web.

Those who own or at least have access to a Netflix account have the luxury of being able to stream Season 1 right away. Sounds pretty sweet, right? Well it’s about to get even better. Starting on Sept. 14, Season 2 will also be made available, allowing you plenty of time to catch up on all that crime-fighting goodness.

Go Straight to the Source

If you only need to catch up on a few episodes, The CW has the last five episodes from Season 2 still up on their website. Just head to the Arrow page and you’ll be good to go! And while you’re there, you can also check out the recent trailers and promos for Season 3 to get you even more pumped for what’s to come. (FYI, Hulu Plus has the same exact set up as well. Meanwhile, the regular — and free! — Hulu provides episodes 15-20, which seems a little random but still helpful to the cause.)

Make It Your Own

Depending on how badly you want to watch this show, there’s always the option of paying out of pocket. Amazon, iTunes, and Vudu allow their customers to pay per episode or per season. So if you’ve got some money to spend, you are just a few clicks away from Stephen Amell’s abs. (You're welcome.)

On the off chance that you have none of these possibilities at your disposal, you can always find a ton of clips on YouTube. It’s not ideal since you’ll miss out on a great deal of plot and important dialogue, but it will allow you to revel in the joy of certain ‘shipping moments and must-see scenes. Hey, it’s certainly better than nothing at all, right?

More like this
A New Season Of The Midwich Cuckoos Could Be Coming “To A Town Near You”
By El Hunt
The ‘Love, Victor’ Showrunner Gave Fans Hope For A Possible Spinoff
By Brad Witter
Legacies Showrunner Said There Is Still Hope For More Vampire Diaries
By Gretchen Smail
Regé-Jean Page Spoke Out On His Rumoured 'Bridgerton' Return
By El Hunt and Maxine Harrison
Get Even More From Bustle — Sign Up For The Newsletter