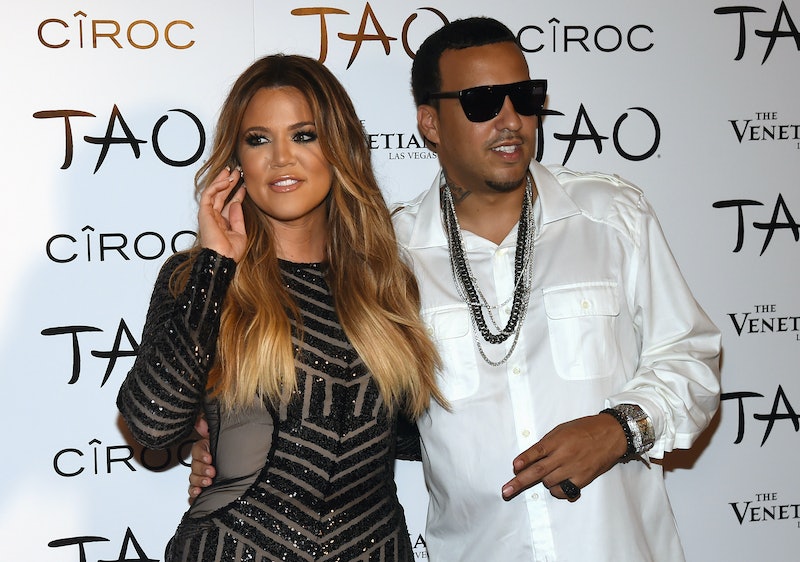 "The relationship got too heavy and Khloe needed to take a step back," said one source. Another added that, "It grated on her that he became so dependent on her." Essentially, according to US Weekly, Kardashian couldn't handle how needy Montana had become and wanted to take some time to breathe and reassess their relationship. The word needy is flung around in the vaguest sense, but I can't help but feel like it doesn't just refer to emotional or physical neediness. After all, the largest controversy about Montana's relationship with Kardashian is the rumor that Montana was dating her for name recognition.

Even worse, Kardashian tweeted that she didn't care: "It’s amusing to me that y’all think I don’t see it. I was the first one to see it. I just don’t care."

At the time, we were more concerned about why Kardashian didn't care — you know, because everyone, especially her, deserves to be with someone who loves them for them — than we were about whether or not she meant it. Could it be that it started to wear on her in the last month and it's another reason why she needs to take a step back? I don't know Kardashian or Montana, let alone anything about them as a couple, but they seemed equally as happy with each other and equally as enamored with each other. To say that Montana is now needy just seems a little off without more proof than just that.

Then again, it could very well be that Kardashian is avoiding something heavy. After all, she and Montana have been having a good time for the past eight months, but Kardashian could be hesitant to take any kind of huge next step. Her marriage to Lamar Odom ended badly, after all, and Kardashian could be afraid of getting hurt again. Casual and fun is easy, but eight months is around the time that couples start to take seriously about future plans and that could have scared Kardashian off a bit.

Ultimately, I support Kardashian's need to have some time to herself. She's been hurt by love in the past and it's only fair that she take all the time she needs to think about where she wants the direction of her relationship with Montana to go. And, hopefully, this break will make Montana realize that there's a lot more to love about Kardashian than her fame. Contrary to popular belief, a break is not a break up so there's still a chance that Kardashian and Montana could reunite stronger than ever.