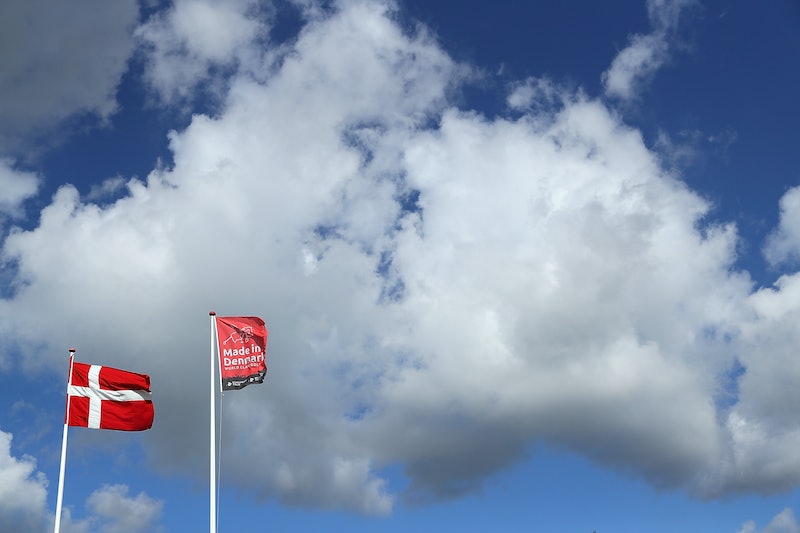 We already knew Denmark was progressive and tolerant — but it's particularly evident in how they're handling returning fighters from Syria. Denmark is offering a rehabilitation program for Syria extremists returning home, which promises a safe zone without the threat of prosecution, according to Al Jazeera. The program is built on the notion that these citizens need help more than punishment, without challenging their beliefs — a stark contrast to how the UK is handling similar returning fighters, thanks to fears of terror attacks.

Denmark's rehab program has been around since before the rise of ISIS — the beginning of the Syrian Civil War in 2011. Since then, Denmark's PET intelligence agency estimates 100 Danes have gone to Syria, a large portion of which were believed to have acquired military skills that could be used to carry out attacks.

The program, which is a collaboration between police and welfare workers in the city of Aarhus, believes that authorities shouldn't automatically assume that Danes who traveled to Syrian were there to fight. The primary concern is not to investigate their actions, there or at home, but to offer support for their reintegration back into society.

According to Al Jazeera, the program has treated 10 out of the 15 fighters who have returned from Syria.

What Services Does the Rehab Provide?

The rehab program will offer medical care for shrapnel and gunshot wounds, as well as psychological treatment for trauma, to returning fighters and humanitarian workers. The program will also help them find employment or continue their education.

The program also offers support for family members of those still in Syria, and will work with the appropriate government and intelligence contacts to safely transport relatives home if they decide to leave.

How Does It Differ From the UK?

Earlier this month, British Prime Minister David Cameron announced plans to crack down on Britons returning from Syria, which would force terror suspects to enter de-radicalization programs and possibly even bar them from returning to the UK at all.

In contrast, Denmark is encouraging their people to come home, and "actually embracing them when they come home," according to Steffen Nielsen, a crime prevention advisor who was interviewed by Al Jazeera. Nielsen and the program's organizers believe that this approach is more effective in convincing citizens to abandon militant groups and curbing the terror movements overall. Nielsen explains:

You can choose to shut them out and say okay, you chose to be a jihadist, we can't use you anymore. Or you can take the inclusive way and say, okay, there is always a door if you want to be a contributing member to society. Not because we are nice people, but because we think that is what works.

How Will It Prevent More From Going to Fight?

The program has been proactive in reaching out to the local Grimhojvej mosque, which the Danish media had suggested was connected to 22 Danes going to Syria last year. Since reaching out, only one person is believed to have gone to fight.

The program was able to build trust with the mosque through its understanding approach. The chairman of the mosque told Al Jazeera:

We think this is the right way. Not blaming them and making them feel that they have done a terrible thing and losing contact with them. This is also our approach.

One key aspect of the approach is not fighting their beliefs. Nielsen explains:

You are welcome to dream of the Caliphate. But there are some means that you cannot use according to the penal code here.