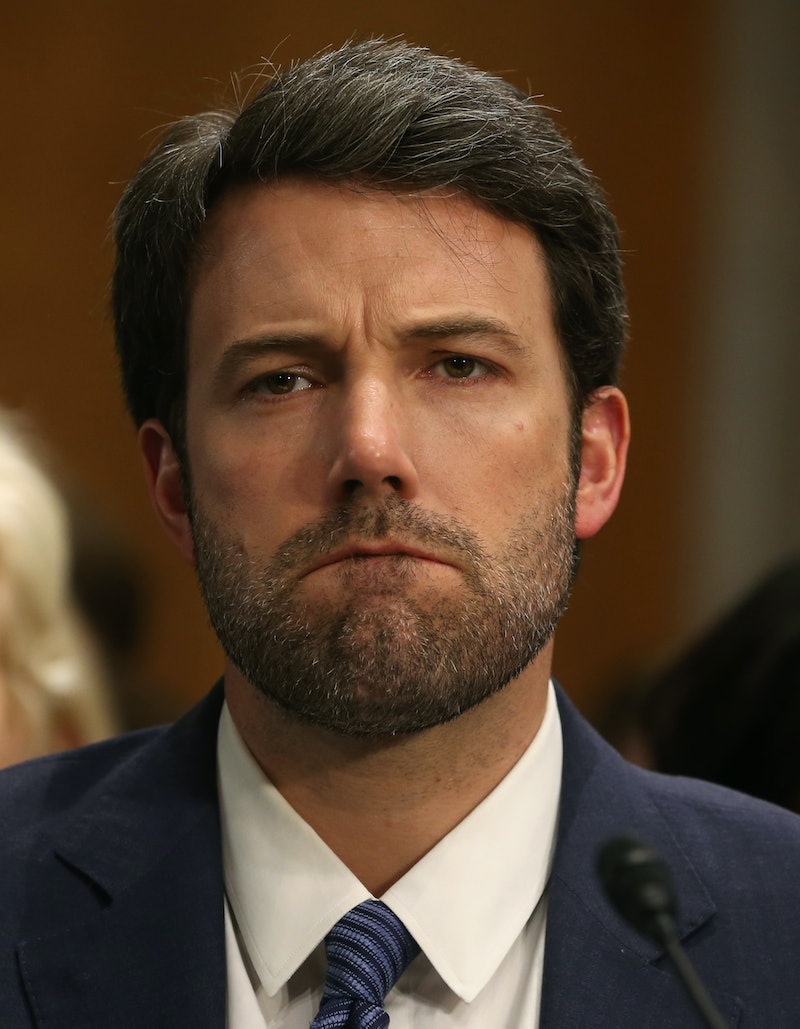 Update: Director Zack Snyder has tweeted a "real" image of the Batmobile. Snyder's photographer Clay Enos also weighed in, tweeting: "iPhone photography is great but some things deserve more. #batmobile (Nikon D800 ISO 500 24mm f/11 1/25th sec)." See the updated pics below. No matter what your feelings are about Batman V Superman (it's DC's lame attempt to rival Marvel's The Avengers franchise) — or Ben Affleck, for that matter (in need of a reunion with Matt Damon besides Project Greenlight) — you can't deny that getting to see what the brand new Batmobile looks like is a critical moment. It's the ultimate teaser for the movie. It could potentially get people excited for the movie!

But does it? Eh, it's up for debate. Director Zack Snyder's tweet of the photo back in May disappointed, as it looked way too much like Christian Bale's Batmobile from Christopher Nolan's The Dark Knight trilogy. And like the movie itself, the Batmobile is a lesser-than version of its predecessor — literally. The big takeaway from this big — er, small — reveal? The Batmobile is... uh, compact. Perhaps it's a shout-out to the cars of the future. For all we know, we'll all be driving solar powered three-wheelers the size of egg crates by the time 2016 rolls around. Also, nothing says "superhero movie diet" quite like a tiny car. So if you see Ben Affleck eating kale and air, you know why.

Anyhow, we'll see how this Batmobile actually moves when we get clips of it in motion in the next year or so. For now, we can use the photo evidence to conclude that whoever is driving it is an all-star when it comes to parallel parking.

You can check out some of the photos below, and you can see the Batmobile with Affleck behind the wheel when the movie hits theaters on March 25, 2016.