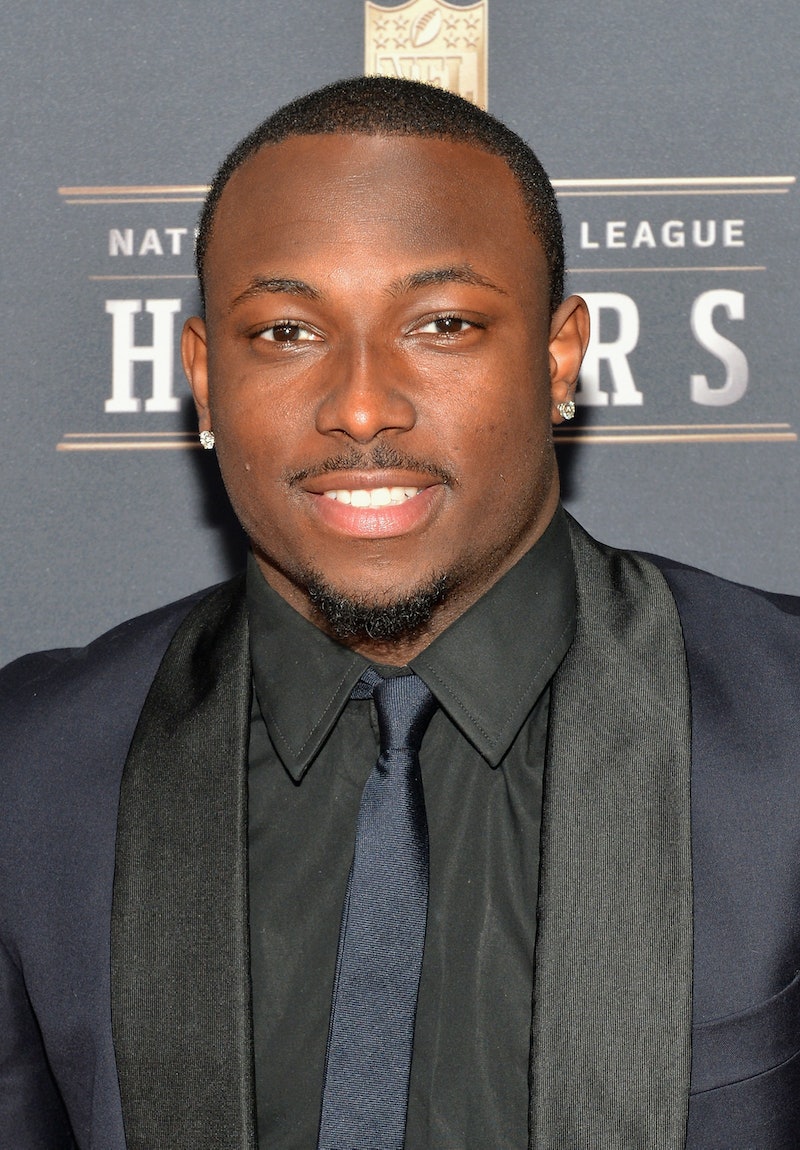 Perhaps it was a simple case of misunderstanding that it's 20 percent, not 20 cents. On Monday, Philadelphia Eagles running back LeSean McCoy apparently left a measly 20-cent tip on a $60 tab at a local burger restaurant. The restaurant was so offended by the lack of generosity that they posted the receipt — complete with the written-in tip and McCoy's signature — on Facebook. Who was more in the wrong here?

Philadelphia burger eatery PYT, which claims to make "America's Craaaziest Burgers," posted a picture of McCoy's 20-cent tip on the $61.56 tab on its Facebook page with the accompanying caption:

The twenty cent tip that the Eagles' LeSean McCoy just left our server on his $60 check is going to come in really handy for that new official NFL McCoy jersey he had his heart set on. That is a .03% tip. New record!

Something tells me they're being sarcastic about the McCoy jersey. While it's understandable how the cheapskate gesture could have inspired this level of snark, some are arguing that posting the tab is a violation of McCoy's privacy. And others are pointing out that hey, maybe he just had really, really terrible service.

Although I'm routinely guilty of leaving 20 percent no matter how terrible the service, the amount you tip should be correlated to the quality of service. Another factor that magnifies the egregiousness of this "crime" is that McCoy is a wealthy public figure. But does that automatically obligate him to leave a substantial tip?

The server who received the tip, a fellow named Rob Knelly, spoke to NJ.com about the encounter with McCoy and his friends:

As soon as they sat down, they were pretty rude. I asked some questions, they weren't really responsive. They were cursing, making derogatory comments. I put their order in and forgot one of their appetizers, which I apologized for. They ordered things, and once they got it, said "We ain't eating this (bleep)! We don't want it."

Even if the waiter's claims were true, PYT has come under fire for handling the whole situation in a less-than-professional manner by posting the receipt for all to see online. Commenters are pointing out that the restaurant's violation of McCoy's privacy is a much more grave offense than the tip itself.

While others are speculating that McCoy probably had good reason to tip modestly.

And some are even testifying for McCoy's generous character by offering their own service anecdotes.

One commenter summed it up nicely.