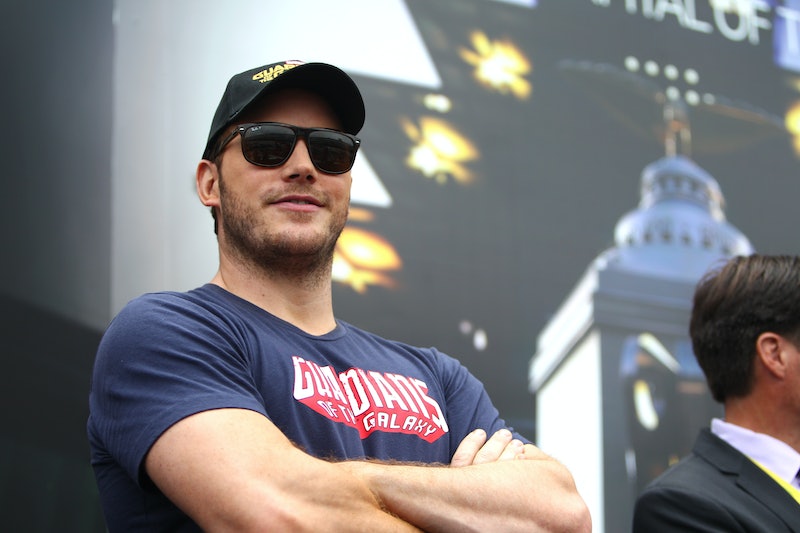 I want to begin by saying that I love Chris Pratt. He has been having one hell of a year since Guardians of the Galaxy launched him from star to superstar and gave us yet another Chris in the Marvel family (along with Chris Evans and Chris Hemsworth) to swoon over and he deserves every second of the mainstream fame. So when I heard that Pratt was hosting Saturday Night Live, I screamed. I screamed and I swooned and I wished we were best friends so I could buy him a congratulatory beer. However, then I found out that Sarah Silverman will be hosting the second episode of SNL's 40th season and that's what made me pause. Because, well, do you know how many women have hosted the premiere episode of each season of SNL in total? Nine. Nine women out of soon to be 40 seasons of SNL.

Since the first debut episode of Saturday Night Live in 1975, the nine women to have hosted the premiere episodes of the season have been Lily Tomlin (Season 2), Madonna (Season 11), Sigourney Weaver (Season 12), Mariel Hemingway (Season 21), Cameron Diaz (Season 24), Reese Witherspoon (Season 27), Megan Fox (Season 35), Amy Poehler (Season 36), and Tina Fey (Season 39). To be 100% fair, it has to be noted that two of SNL's 40 seasons didn't have a host at all for their first episode. In the premiere episode of Season 7 and Season 11, there was no host for it. But that still leaves us with nine female hosts out of 38 premiere episodes and it's not that there's a lack of female hosts available.

Women don't even have a majority when it comes to following the male who opened the season. In 40 seasons, only 13 of the hosts for the second episode of the season have been women. 14, if you count when Danny DeVito and Rhea Pearlman co-hosted in Season 9. Thankfully, we've only had one season like Season 10 where we didn't get a female host until the tenth episode of the season, but these ratios are still pretty astounding. The fact that not even a quarter of the premiere episodes have featured female comedians and actresses is really a shock because, I mean, it's not like we're short on them.

For example, one of the highest-paid actresses on TV is Sofia Vergara. Vergara has hosted Saturday Night Live once before, in Season 7, but she could have used the opportunity to host it again now. After all, Vergara caught some heat for participating in a sexist joke at the Primetime Emmys that had her standing up on a spinning pedestal while the Academy President made a speech about compelling television. Opening SNL Season 40 could have been her chance to remind us all that she does have a great sense of humor and to even poke fun at the controversy now that it's died down.

Jennifer Aniston hasn't appeared on Saturday Night Live since Season 29 and she was ranked third behind Sandra Bullock and Jennifer Lawrence on Forbes' List of Highest-Earning Actresses. For that matter, can we get Lawrence back on this show please? I'd love for people to have news about her to discuss that has nothing to do with the leaked nude pictures (unless, of course, she wants to make light of the situation). The list goes on and on and the excuses for why there haven't been an equal amount of opening episodes hosted by women as there have been hosted by men are completely nonexistent.

Listen, Pratt is amazing. He seems like a great guy with a great sense of humor and I'm sure he and musical guest Ariana Grande are going to kick off SNL Season 40 with a bang. But Saturday Night Live should really consider using Season 41 to start closing the gender gap. Women can kick off a season just as well as men can and they're just as famous and earning just as much. Whatever reason has been holding SNL back from having more first episode hosts be women just doesn't pan out anymore.