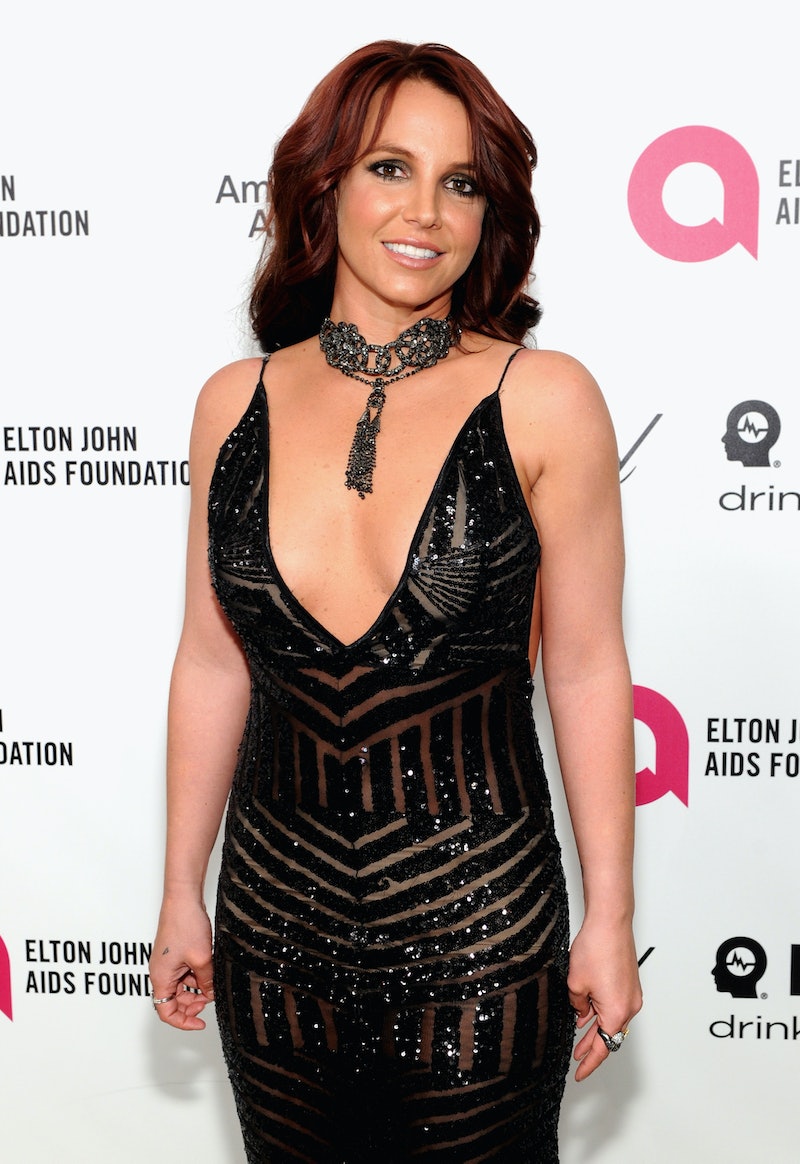 On Wednesday's episode of Good Morning America, Britney Spears spoke with Michael Strahan about her new lingerie line, upcoming album, life in Vegas, and her attitude toward being single. It turns out the original pop princess has no qualms with flying solo. In fact, she seems to prefer it that way, both personally and artistically. And, if you saw Tuesday night's Tonight Show, you know she also has a great sense of humor about it.

Spears laughed with Strahan about her mother's jokes that she should date around and have fun with her single status, especially in Vegas of all places. However, she's not partying it up every night. Spears seems more focused on her work and creative vision than ever. She's taking the pain from her last relationships and using it as fuel for her live performances and writing her new album.

What's most refreshing about Spears' take on single life is just how normal and comfortable it feels. There's a tendency single people have to apologize for their status or make up for it by behaving over-the-top and Fabulous with a capital F, but not Spears. Strahan dropped in a bit of the "mhmmm you go girlfriend!" vibe, but mostly Spears stuck to being honest and down-to-earth. She opted for a candid discussion about her life, and most importantly her work, because yes, there are more important things in her life than finding a man.

I don't know about you, but I can't wait to hear what comes out of the studio next.

Watch the interview for yourself here: