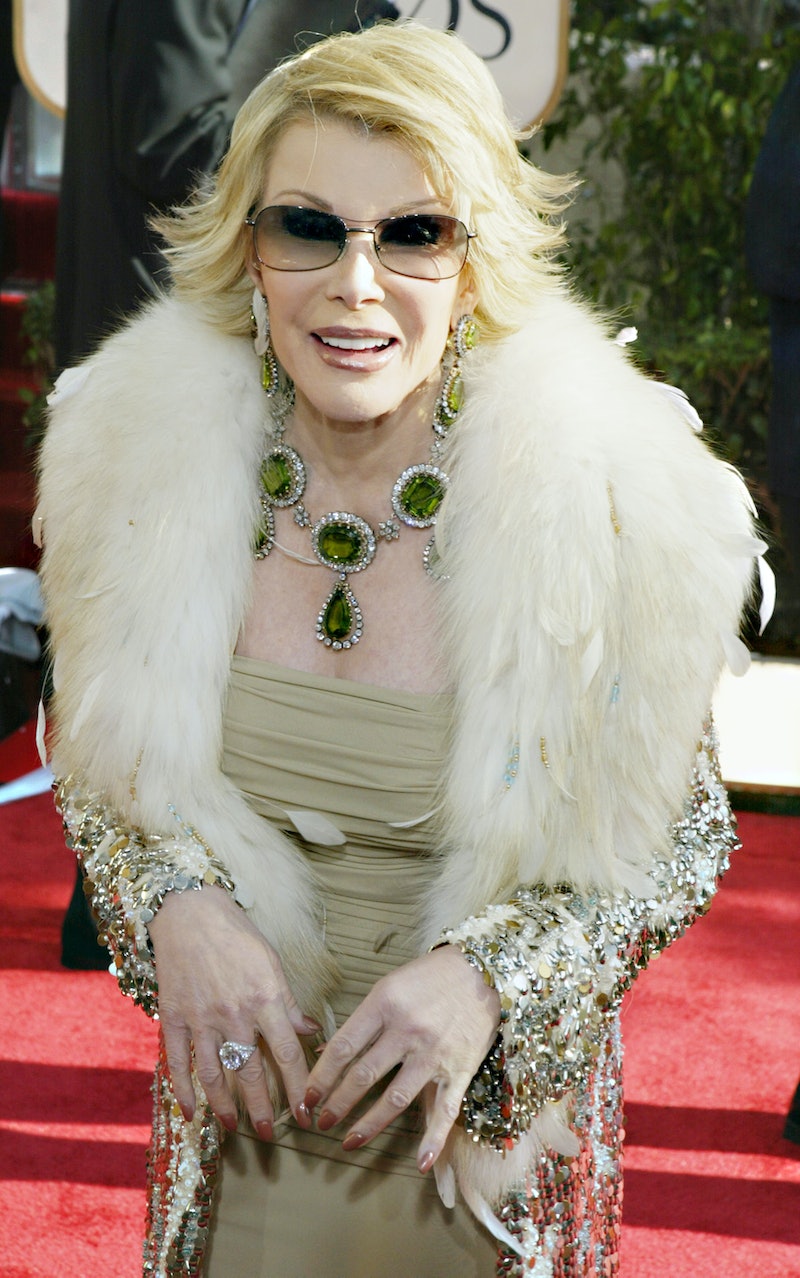 If you watched Fashion Police, you know exactly why you tuned in: Joan Rivers' acerbic wit and her hilariously honest commentary. Watching Rivers and her co-hosts Giuliana Rancic, Kelly Osbourne, and George Kotsiopoulos tear celebrity sartorial choices apart was a joy, mostly because the late Rivers' fierceness was undeniable. Fashion Police was Joan Rivers. So should Fashion Police continue to air now that Rivers has passed?

In order to answer that question, it's imperative to address what the E! show actually is, when it's stripped of its ballsy female focal point. If you ask me, without Rivers, Fashion Police is a page ripped from Us Weekly; a "who wore it best" segment commenting on celeb photos we've already seen on the red carpet the night before. That's not to say that the show wouldn't survive without Rivers — it could certainly remain on its stiletto-wearing feet — but after a few months without her, its humdrumness would get old.

But, as Rivers so famously said: "Does fashion matter? Always — though not quite as much after death." It's undeniable that the unassailable Rivers valued fashion, so understandably, some have argued that an excellent way to keep her legacy in the fashion community alive would be to keep the show running, especially considering how Rivers opened doors for so many female comedic voices. Inheriting Rivers' spot could be a critical moment in a young comedienne's career.

But, that might not have been what Rivers would have wanted, as she also said, "Fuck you. I'm still opening doors," in her documentary A Piece of Work . What seems necessary, in light of Rivers' tragic passing, is a call to action for female comediennes who love fashion, to create their own voice.

Create a humorous brand that mocks celebrity style. Work tirelessly until you become the star of your own new show. Make history! New female stars will rise and become their own, not miniature versions Joan Rivers. That's what Rivers would have probably wanted — to have other women be inspired to chart their own courses and speak their own minds about fashion, sex, politics, entertainment, anything.

But in order to open those many, many doors one should be shut, and that's the front door of Fashion Police.