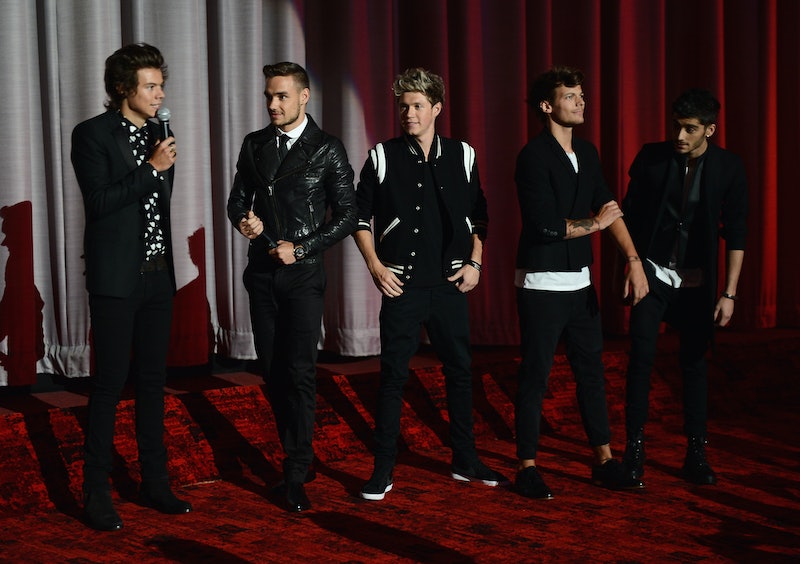 The documentary One Direction: One Of Us, directed by Morgan Spurlock, might not be fielding the most positive reviews, but the band's members are making sure they're having a great week regardless. The same day that the London premiere of the One of Us attracted hordes of teen girls, fans and media also noted that the girlfriend of one of the band's members, 20-year-old Zaryn Malik, was wearing a ring.

And on Wednesday comes confirmation that Little Mix's Perrie Edwards is indeed engaged to the One Direction singer. As Edwards' mother Deborah told Real Radio, "Yes, it's true. They got engaged on Sunday and it's absolutely lovely ... It's wonderful because Zayn is absolutely gorgeous and Perrie loves him to pieces. It's just perfect and they get on so well together." (A spokesperson for One Direction and Little Mix further confirmed to press, "Zayn and Perrie are engaged, but any further detail regarding their relationship is private.")

That's great news for the One Direction band member... but horrible news for the fans who prefer their boy band members single and ready to mingle with them only. We're glad Malik has been wearing a lot of black lately to mourn the occasion.