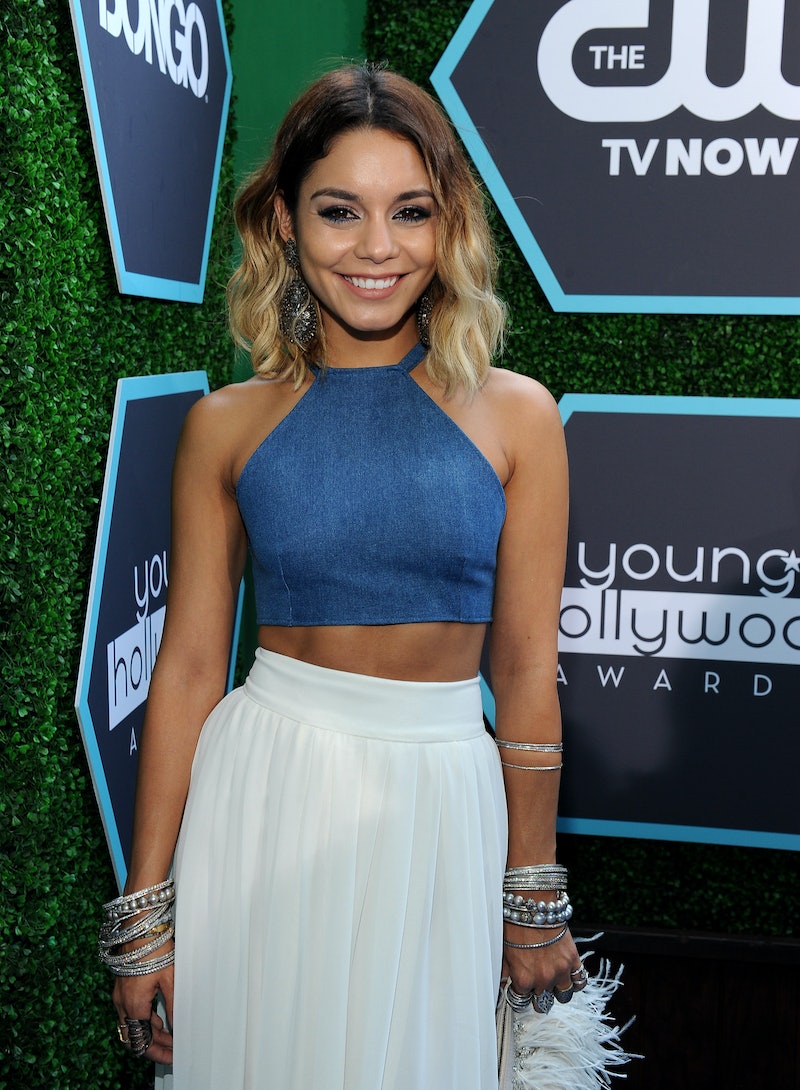 This is a huge role: According to Deadline, Vanessa Hudgens has joined the upcoming Broadway production of Gigi , and will be playing the titular role one portrayed by legendary actresses like Audrey Hepburn and Leslie Caron. The production will open in NYC sometime next year, after it previews at the Kennedy Center in Washington D.C. between mid-January 2015 and mid-February 2015.

Hudgens, of course, is no stranger to musical theater — her career skyrocketed after she starred in Disney's High School Musical franchise. Though this will be a bit of a different world than the one populated by the Wildcats and their uncharacteristically musical high school, Hudgens is up for the challenge: In a statement (via The Hollywood Reporter ), Hudgens said, "I started performing in musicals from a young age, and it has always been my dream to be on Broadway...I cannot wait to get back on stage, singing and dancing these songs and living in Gigi’s glamorous world."

Who's willing to guess how pissed Sharpay would be at this news right now?

Anyway, this production of Gigi will reportedly be a little re-imagined, and will be directed by Eric Schaeffer off an adaptation of the play by Heidi Thomas. Gigi was first on Broadway in 1951 as an adaptation of Colette's 1944 novella Gigi, and starred Hepburn after Colette handpicked her on the set of Monte Carlo Baby . It was later turned into a film starring Caron in 1958, which went on to be preserved in the National Film Registry by the Library of Congress in 1991 for being culturally and historically significant.

No word yet on who else will star in the production alongside Hudgens. Hey, I wonder if Zac Efron is available...