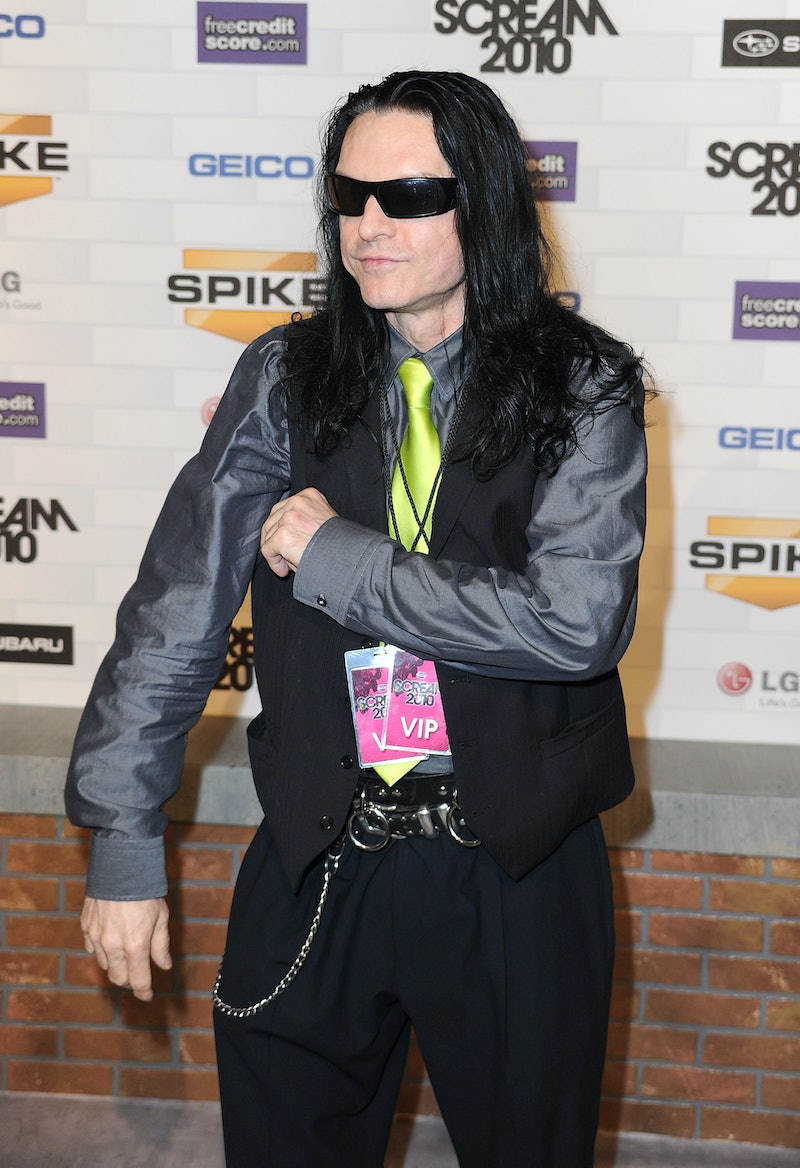 Samurai Cop was a movie only considered a quality film by its director, Amir Shervan. Although it was never widely released, in the age of the Internet the movie has gained something of a cult status. Now, its Kickstarter-funded sequel is being joined by none other that the king of good-bad movies himself: Tommy Wiseau. Eccentric actress Bai Ling has also joined the film's cast.

Wiseau's film, The Room, a film which he wrote, directed, and acted in, has also become something of a cult film. But Wiseau's presence on the film brings up an important question: when does "good-bad" filmmaking become self-aware, and how does that awareness affect the film?

Wiseau himself has had to answer questions like these his whole career. Both critics and Wiseau himself will claim that the clear errors in his movie are intentional or that his personality is simply an act. But after many public appearances and interviews, there's still something about his particular brand of eccentricity that seems uncontrollable and unrehearsed. Wiseau has not released any major work since The Room, but what would it even be like if he did? Would he correct his mistakes or make them intentionally, and if so, would audiences even be able to tell?

With the Samurai Cop sequel, it's a little more clear. Since the driving force behind the movie, Amir Shervan, died in 2006, the sequel is set to be directed by Greg Hanatanka, founder of Cinema Epoch and fan of the film. Most of the original cast is set to return for the film — although star Matt Hannon was rumored to have died, he eventually outed himself as alive on YouTube — but according to Hannon, even during filming the original the cast knew that Samurai Cop wasn't exactly going to be winning any Oscars.

....as it unfolded, you just realize wow, this guy, he’s really limited on funds, the money that I thought he had, he didn’t. And then as all of us basically just went well, you know what, let’s finish this, not just walk away. Because you could tell it was going downhill. But then, we kind of enjoyed filming every day once we knew what it was becoming. And we all honestly thought there’s no way this is ever going to get released. But let’s just do it, let’s see what kind of footage we can get out of it as actors starting out. Which was what it was supposed to be, it was never supposed to be what it is now! Which is like, beyond what I would have ever thought it would become."

With a director that became a fan of the film as a terrible cult movie and a cast that already knew the original was going to bomb, it's clear that the film is more than aware of its intentions. So now, it seems that Samurai Cop 2: Deadly Vengeance will be the first film to answer the question plaguing the cult film genre: can you make a movie so bad that it's good if you do it on purpose? Hannon's answer is that there's no way the sequel will be able to recreate some of the unintentional humor:

I don’t know if they’re going to try to. You really can't. I've done half a dozen interviews now and kind of pulled back the curtain to what was really going on. Prior to me coming back to life, so to speak, people could only guess, What’s with the wig, why this, why that. And even though I’ve come forward and explained a lot, I really don’t thing it took away from the magic of the film. They still, I think, are loving what they’re seeing even though they now know a little bit more. I don’t know if that could be replicated though. There’s a fine line to temper that, how to duplicate it. You just can't.

And he certainly seems to be right. Some things just lose a little magic when you know there's someone behind the curtain, intentionally pulling the strings — after all, no one wants to watched a staged submission for America's Funniest Home Videos. So while there's no way the sequel will be able to replicate the unintentional greatness of Samurai Cop, it will still be interesting to see just what kind of film Samurai Cop 2: Deadly Vengeance is going to be. Either way, audiences will still have the original: