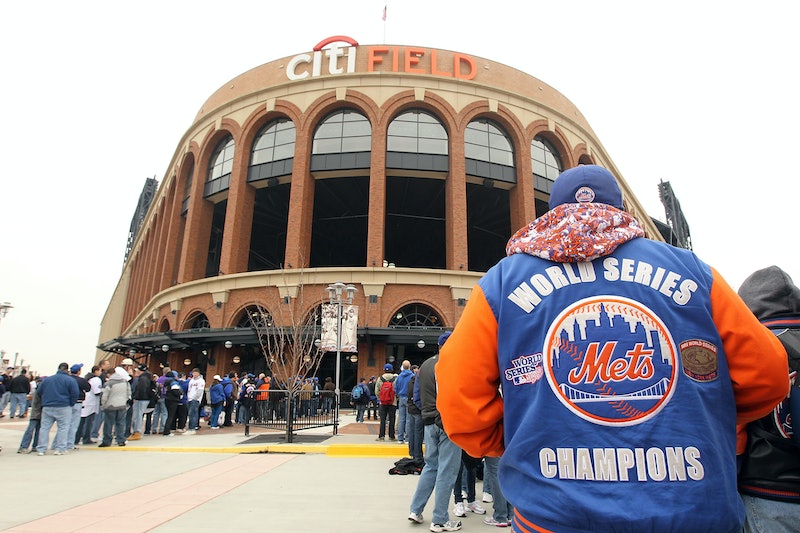 Sports: where women watch, but never win. If you're tired of reading about football and domestic violence, let's move onto baseball and discrimination against pregnant women. Former Mets executive Leigh Castergine filed a federal civil lawsuit against the New York baseball organization on Tuesday, alleging she faced discrimination for being pregnant and unmarried. Castergine made history with the Mets when she became the organization's first female senior vice president for ticket sales, but was fired in August 2014 by Mets COO Jeff Wilpon.

According to the lawsuit, filed in the U.S. District Court in Brooklyn, Castergine excelled at her role as senior vice president until she announced she was pregnant. Wilpon allegedly "became fixated" on the fact that Castergine was unmarried — because we've apparently time traveled 50 years into the past — and "frequently humiliated" her in front of other Mets employees.

He frequently humiliated Castergine ... pretending to see if she had an engagement ring on her finger and openly stating in a meeting of the Team's all-male senior executives that he is "morally opposed" to Castergine "having this baby without being married." Wilpon told Castergine that, when she gets a ring, she will make more money and get a bonus.

Welcome to America, where we shame you for getting pregnant the "wrong" way.

Castergine alleges that these comments occurred throughout her pregnancy, and Wilpon's "old-fashioned" feelings were typically verbalized during meetings with Castergine and other high-ranking Mets execs. Here are a few other choice quotes from Wilpon's unsolicited opinions:

According to the lawsuit, it wasn't just the pregnancy. Wilpon allegedly said "something had changed" in Castergine following the birth of her child — she was no longer "aggressive." And, her ring finger was still bare.

Although Castergine addressed the harassment with the organization's human resources department earlier this year, no action was taken. Instead, she was encouraged to quit. At one point, Wilpon even told Castergine it wouldn't be a "big deal" if she left the organization.

It looks like the Mets also don't think this lawsuit is a "big deal." The organization released this statement today:

We have received and reviewed the complaint. The claims are without merit. Our organization maintains strong policies against any and all forms of discrimination.