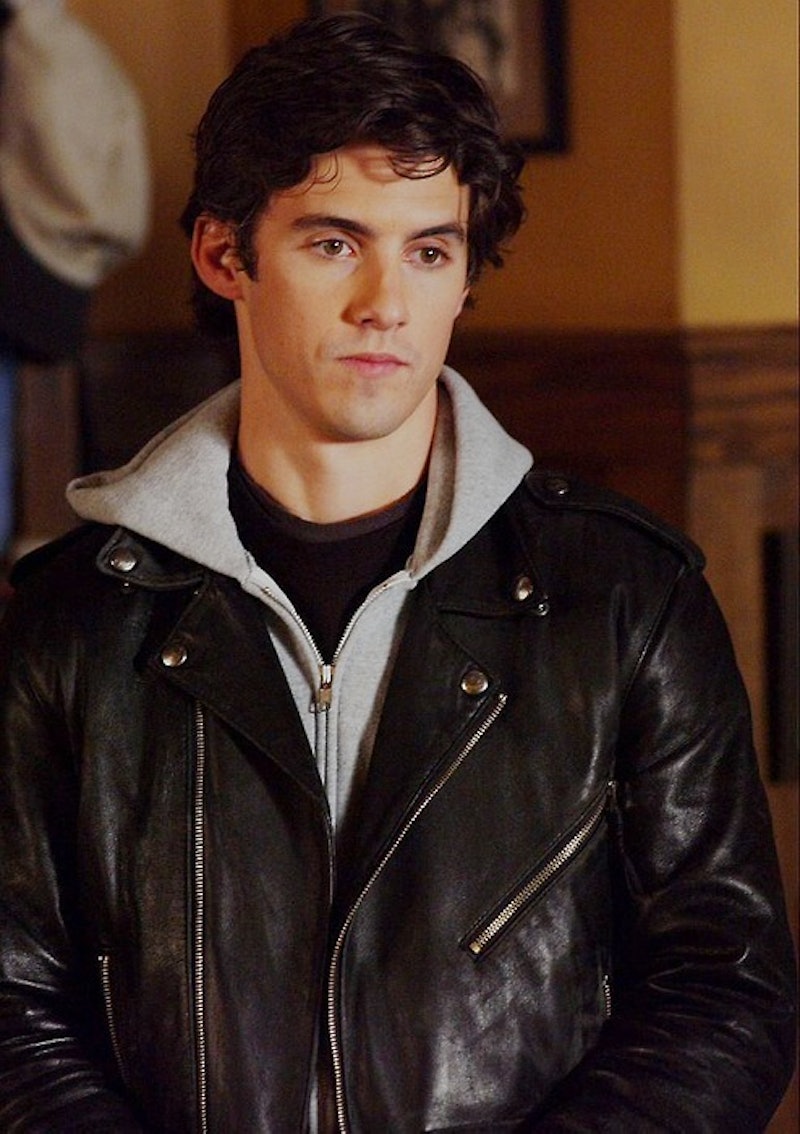 The inclusion of the Gilmore Girls series on Netflix is an unprecedented event. From the years of 2000 to 2007, I worshiped at the altar of witty, good girl Rory Gilmore and all of her awkward imperfectness. And, I intend to rekindle that deep seated love with an endless binge this fall. But, despite Rory being a quality character all on her own, there was the whole love interest debacle which did make the series that much juicier.

But I'm not talking about the likes of her first boyfriend, Dean. No, Dean might have looked good on paper but he did nothing for Rory. Or me. And Logan, again, just a blip on the radar to me when put up against the ultimate guy: Jess. Ah, the good, old "Bad Boy" trope. Jess Mariano embodied it. Well, sort of. He was a good bad boy by my standards at the very least. Why? Because all of his badness wasn't so bad. Yeah, he skipped school, talked back, smoked... but hey, it could have been worse. He was just misunderstood guys! A tortured soul! Come on!

While at first glance Jess was supposed to look like the worst, if I was Rory, I'd like to think I would've ended up with him. Yeah, so I had a major pre-teen crush on him, but it went further than his devilish good looks (I swear!). Why? Because Jess challenged Rory and Rory needed to be challenged. Rory had an undeniable chemistry with Jess, and I think she saw him as someone who could stimulate her rather than applaud her. It may be cliche, but in this instance, opposites did attract. With his attitude and her sweetness, they complemented each other. Even keel Rory needed someone to disrupt her mellow world, and Jess did. Don't get me wrong. He did some not so cool things (like peacing out of Stars Hollow) But everyone does bad things, including Rory (that whole torrid affair with Dean, yeah...)

I'll just leave you with this: