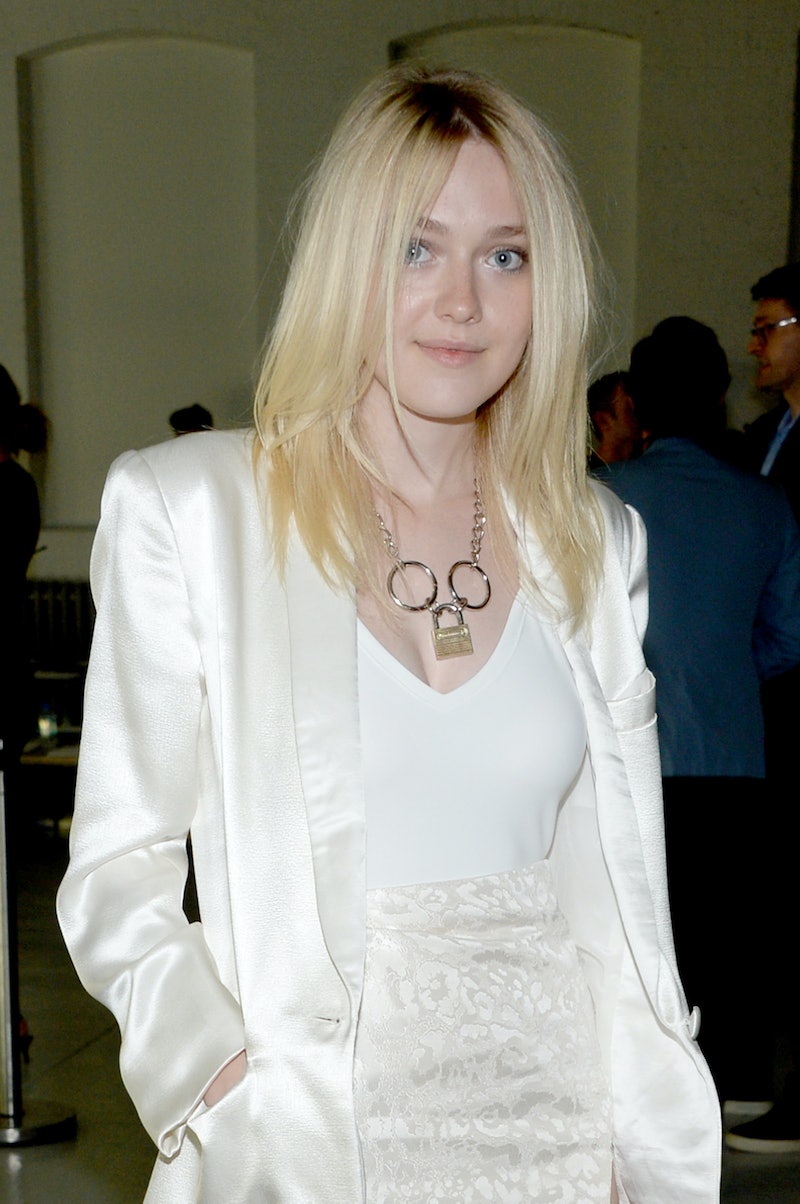 I've said it before and I'll say it again: Being sisters in Hollywood must be tough. Comparisons between the two (or four or five) are a given, like, "Which Olsen was the better Michelle on Full House?" or "Who can brood better: Kate or Rooney Mara?" And then there's the toughest one yet: "Which Kardashian/Jenner manages to show the most skin and/or take the most selfies?" (I still can't pin down the answer on that one.)

So I'm sure it's a struggle for Dakota Fanning when she's pitted against her younger sister Elle Fanning in the fashion category — especially because it seems like the little Fanning can do no wrong. (Hello, did you see her stunning Alexander McQueen lace nightgown at the Maleficent premiere in Japan?)

And despite the fact that Dakota often looks like perfection in her girly-yet-modern looks — like Fanning's Miu Miu dress at the Venice Film Festival — there are many times when I'm left questioning whether the star's look is a total hit or a major miss. Her recent appearance during New York Fashion Week was one of them. Showing up to sit front row for the Rodarte Spring '15 collection, Fanning sported a simple tee, pencil skirt, silk blazer, and heels.

Which all sounds fine until you realize that it's basically her take on the '80s power suit. And it's all thanks to those gigantic, pesky shoulder pads in her oversized silk blazer — a blazer that would probably have been undeniably chic had it not made her look like she'd been hitting the weight room at the gym a little too much lately.

The rest of the outfit, however, is super sexy, with its ankle-strap, peep-toe heels and leopard-print skirt featuring a slit so high, it even gives Kendall Jenner a run for money. So what do we think here, folks: Is it modern and sleek enough, or did this front-row ensemble just miss the mark?